By ShantelWangui (self media writer) | 6 months ago

For the last few days, the main topic in the political arena has been the agenda of Deputy President William Ruto and his Hustler Nation camp. Ruto for years has been quoted saying he will transform this country by introducing another economic model. 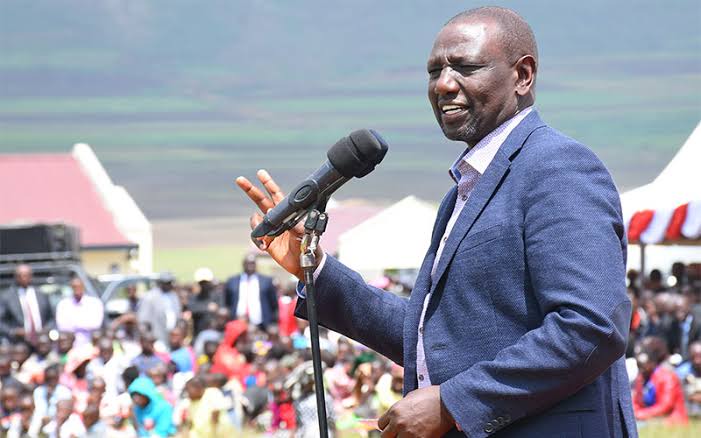 According to him, the trickle-down economy model has failed since it was introduced by the first government. According to Ruto, he will empower the millions of Kenyans who are unemployed to earn a living so that the tax bracket can be expanded.

But his rivals have found his agenda interesting and they are calling it all the manner of names. This move has forced the DP to come clean and explain to the bottom-up model after his allies were unable to do so. 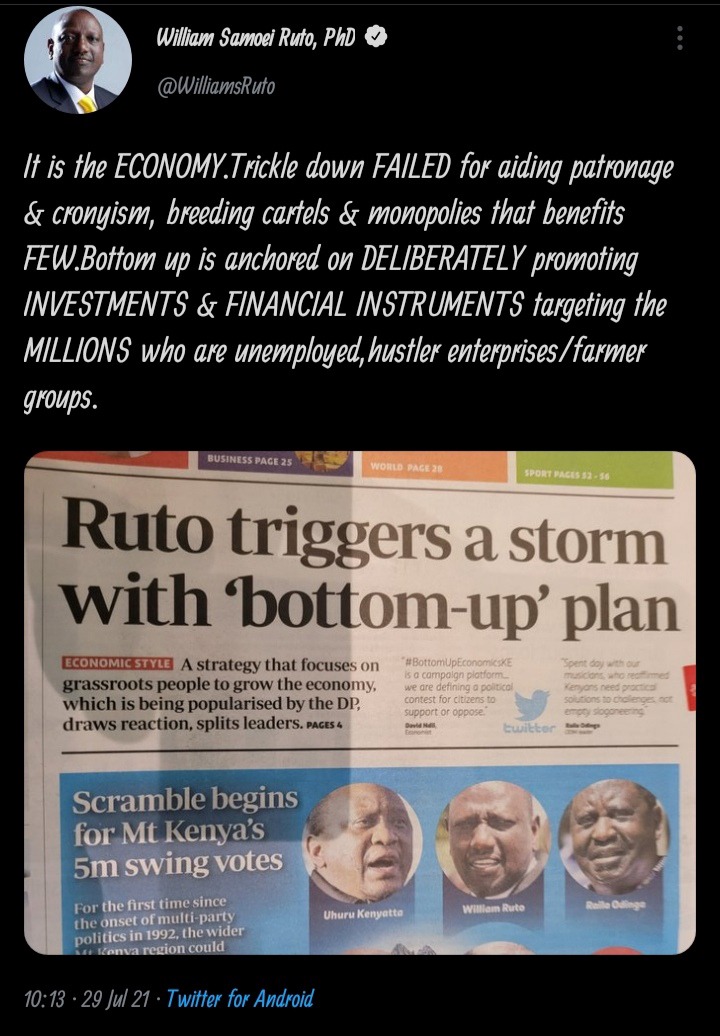 "It is the ECONOMY. Trickle-down FAILED for aiding patronage & cronyism, breeding cartels & monopolies that benefit FEW. Bottom-up is anchored on DELIBERATELY promoting INVESTMENTS & FINANCIAL INSTRUMENTS targeting the MILLIONS who are unemployed, hustler enterprises/farmer groups," he said.

This explanation has elicited mixed reactions among Kenyans some suggesting that it is just propaganda used to capture power. Some especially from the tangatanga wing took to their social media to praise him. Here are their reactions.

Hellen Njeri: It has been explained so many times by injecting money to the bottom of the pyramid. Hence empowering the very many people who are unemployed. By doing this, more tax will be collected and the country will move forward without debts. 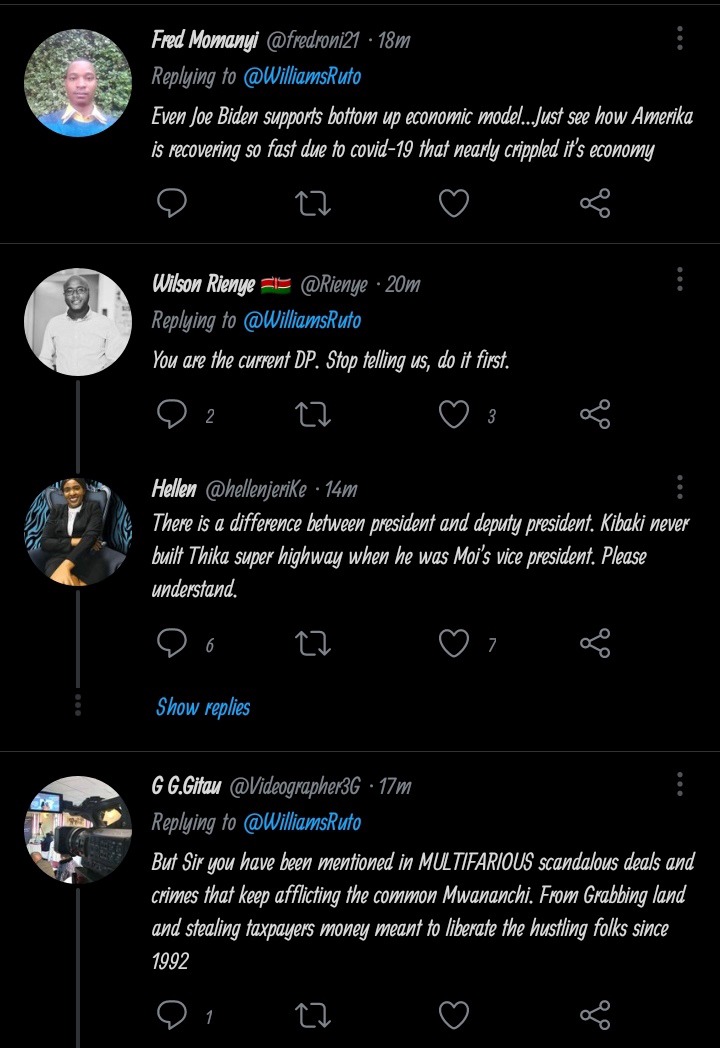 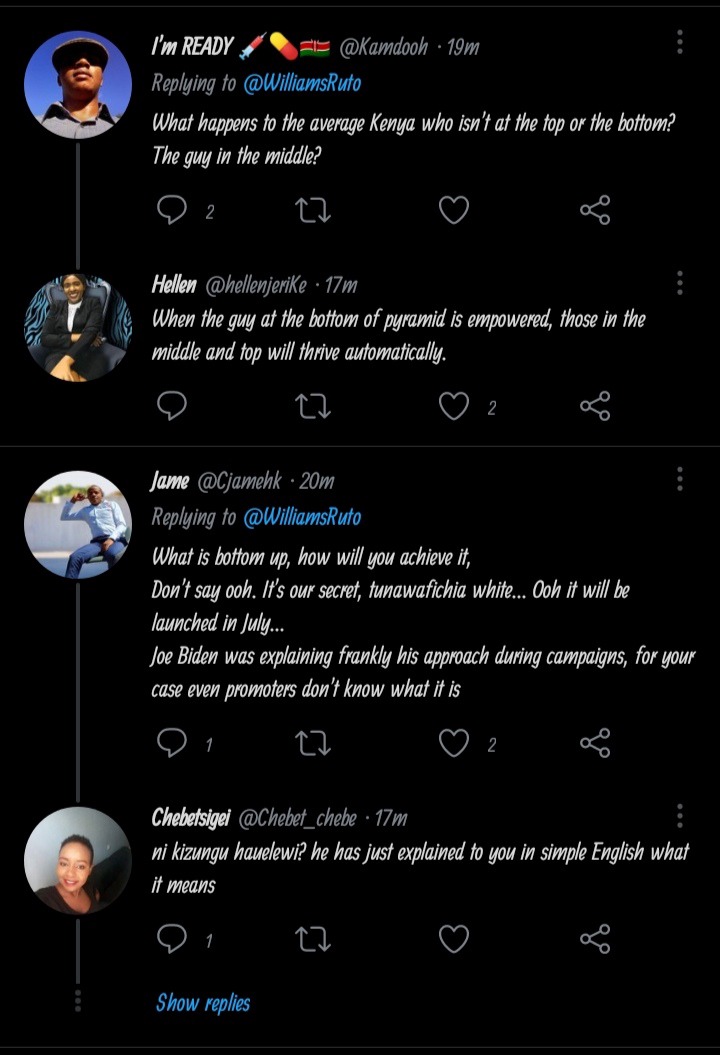 Ontridum: The biggest challenge as of now is attaching an understandable explanation to whatever your economic model means. And more importantly, highlighting the methodology of actualizing it. Otherwise, as of now, it’s just another political gimmick!

Is Your Child In School Insured By The Government? This Is What You Should Know

"Shame on You." Raila Lectures Murang'a Governor Face To Face For Mistreating His Deputy