By CasWrites (self meida writer) | 21 days 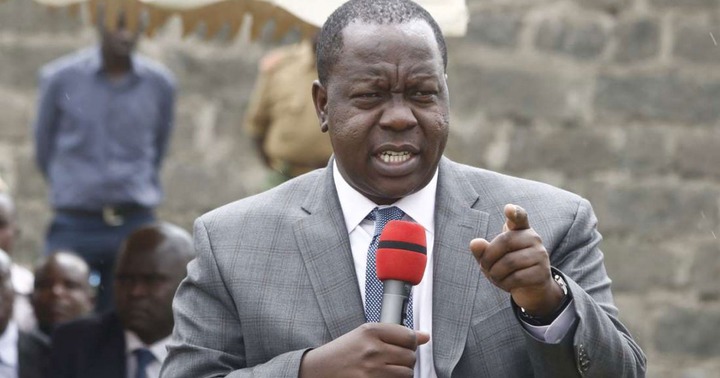 And now Interior Cabinet Secretary Fred Matiang'i has announced the security's plans ahead of the 2022 elections.

Fred said that the government will dispatch a special team to survey those areas that are considered hate speech hotspots. The programme will start next week.

Matiang'i also assured Kenyans that no one will cause chaos in the elections, as he was holding a meeting with regional police commanders drawn across the country. 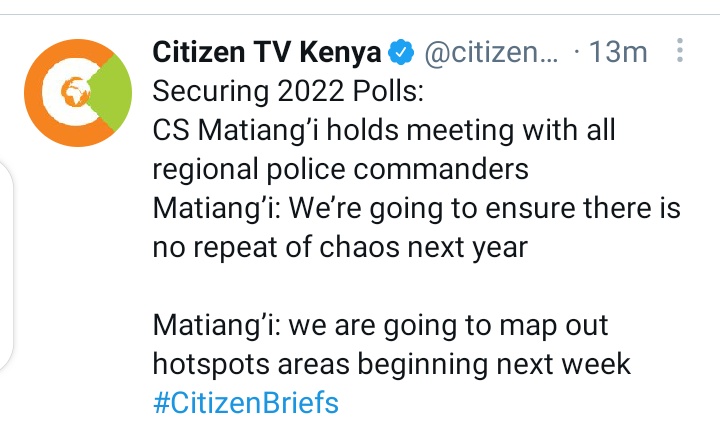 Already, National Cohesion and Integration Commission (NCIC) has urged political leaders to avoid some remarks that may bring chaos or violence between tribes.

It also published the list of leaders dubbed "Wall of Shame", who were involved in hate speech.They included Mike Sonko, Simba Arati, Johana Ng'eno, Slyvanus Osoro among others.

Blogger Alai On Why OKA Could Be Ruto's Decoy Team, Reveals What Kalonzo, Wetangula Does With Ruto

Options For Raila, Kalonzo, And Mudavadi After NASA Divorce-Opinion

What Next For Kalonzo Musyoka After He Stepped Out Of Nasa? Will He Form An Alliance With UDA?

Will Kabogo Succeed In Battling For Mount Kenya Kingpin After He Was Shouted Down In Nyeri?