Politicians in Kenya just like other Kenyans have families. This is only filtered by the fact that some have managed to keep their families out of the public limelight unlike others whom children and spouses are well known countrywide. A good example is President Uhuru Kenyatta and Deputy President William Ruto. However for Forum for the Restoration of Democracy (FORD) party leader Moses Wetangula, very little is known about his family 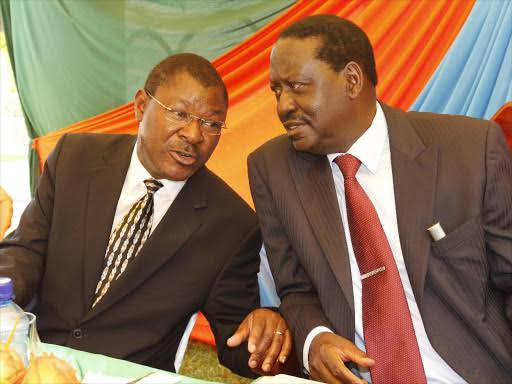 Moses Wetangula has been a two term Senator of Bungoma County. Despite such a lowly position, he has managed to cause sparks in thr national politics whereby he has been very influential in the Mulembe Nation politics. This is seconded by the fact that he was among the 5 top NASA political heavyweights led by Raila Odinga. About his marriage, Moses Wetangula has three wives whereby she does not live with the first wife, Phyllis Wetangula as well as the second wife. Wetangula however lives with his third wife who she married recently, Waceke Anne Ngugi. 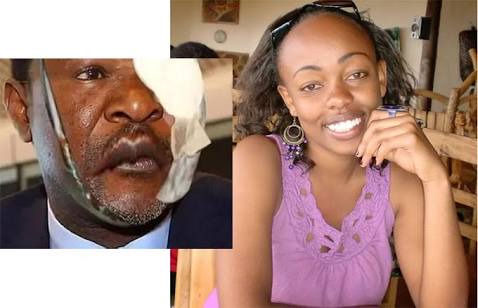 All has not been smooth for the two as they were trending in 2016 after the 2 had a fight in their Karen home after Wetangula accused Anne of infidelity. Wetangula seems to have ended up as the looser of the fight according to a statement he recorded in Lang'ata Police Station which part of it read," Hon Moses Wetang’ula, a resident of Mahungu Court along Karabon Road in Nairobi, came to the station and reported having been assaulted by his wife on February 18, 2016 at around 9:30pm at their home in Karen." 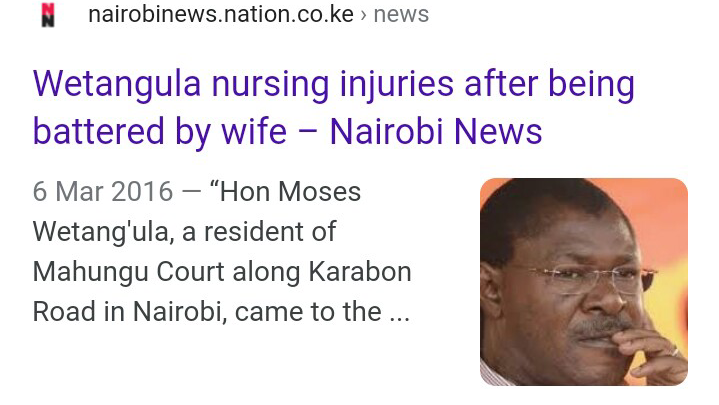