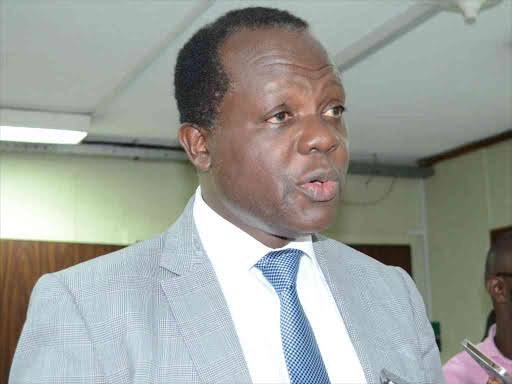 Jubilee party Secretary General Raphael Tuju has alleged that people close to the Head of State president Uhuru Kenyatta are after him being ousted from the ruling party.

He has spoken this for the first time on Sunday morning where he noted that those pushing for the move are Members of Parliament allied to the Kieleweke faction that supports the Head of State.

According to him, they are after controlling the millions of shillings that the party will accrue after the nomination period which he termed as ill advised as well as a selfish move that will cripple down the ruling party.

"The Mps think having control of the party machinery will secure tickets. The noise comes with the territory. There are substantial resources. They think being at the helm gives one control over the resources," the CS without portfolio said. 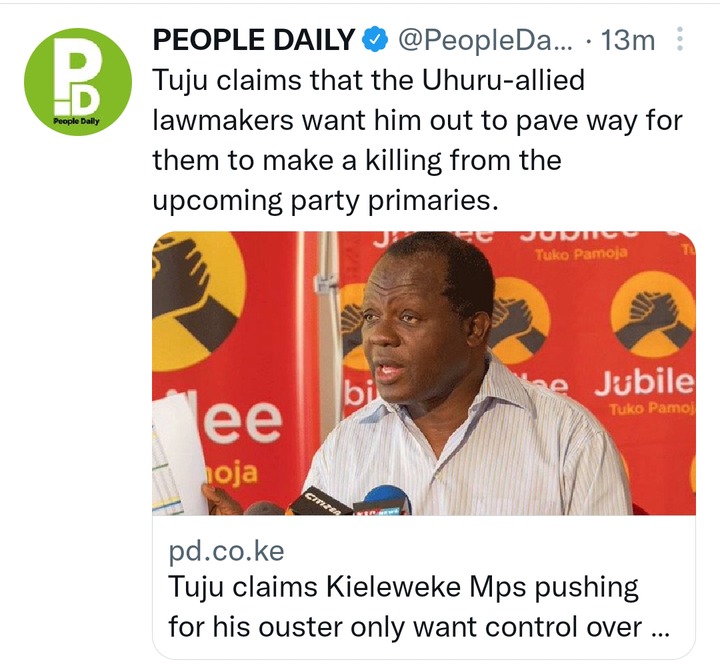 This comes after it was alleged by hustler nation spokesperson Dennis Itumbi that some of the close allies of Uhuru want to dethrone Tuju off his powerful position in the Jubilee party.

Among those mentioned is Kieni constituency member of parliament Honourable Kanini Kega who is allegedly after becoming the Secretary General and his ally is after the position of the Chairperson.

It is not yet clear the next course of action since the chairperson of the party as well as his vice David Murathe have gone silent on the happenings within the ruling party.