Former Prime Minister Raila Odinga faces a hurdle in his quest to succeed President Uhuru Kenyatta as the fifth president of the republic after a petition was filed to block his candidature in the August 9 general elections.

George Bush and John Kenga filed the petition at the High Court citing Raila's 2018 swearing ceremony as the people's president and argued that his actions amount to treason thus he should be declared unfit to contest. 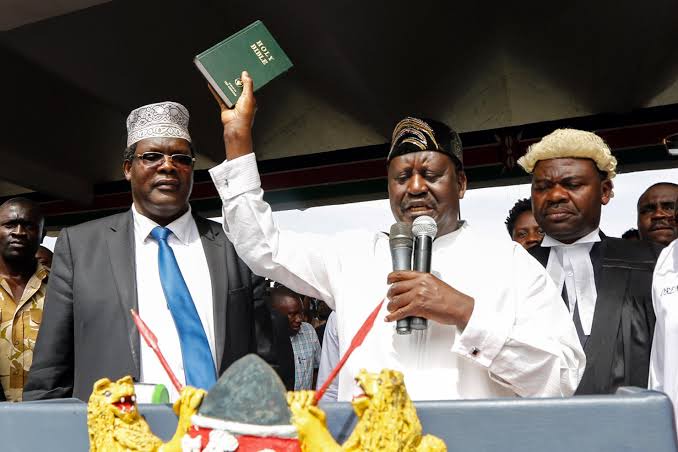 According to the petitioners, it would be unlawful for the Azimio La Umoja presidential candidate to be allowed to contest yet he had been involved in an unlawful act.

The duo urged the High Court to determine the petition on time before the Independent Electoral and Boundaries Commission clears Raila Odinga to run for the presidency.

“The application will be overtaken by events if the sixth and seventh respondents are not immediately barred from participating in any electoral activities until proven guilty,” the petitioners stated.

They further argued that should Raila Odinga be allowed to run, it would create a bad precedent for the other candidates.

Charles Ong'ondo Speaks Over voting For Kamba People In 2027