By Informer77 (self media writer) | 4 months ago 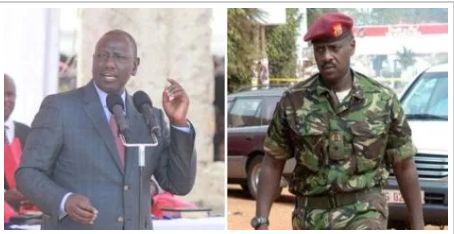 Uganda People's Defence Forces (UPDF) had said that there are no plans to invade Kenya despite the tweets posted by General Muhoozi Kainerugaba who is Museveni's Son. UPDF spokeperson Brigadier General Felix Kulagiye maintained that Muhoozi has no powers to declare war on any country.

The UPDF spokeperson clarified that there are communication channels that are followed when declaring an invasion or any military operation. He added that no General can declare war except the head of state and parliament. 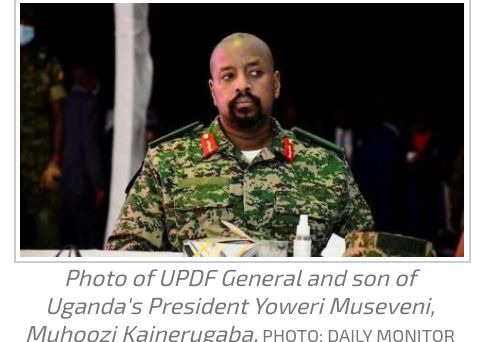 Museveni's son had caused a public uproar from both Kenyan and Uganda citizens. He has been cancelled condemned over the reckless statements which are being described as disrespectful to the sovereignty of Kenya. After his tweets, President William Ruto's nominee to the Foreign Affairs docket Alfred Mutua held talks with Uganda ambassador to Kenya Hassan Wasswa Galiwango in Nairobi which downplayed any tension between the two nation's. After the meeting Mutua confirmed that all was well. 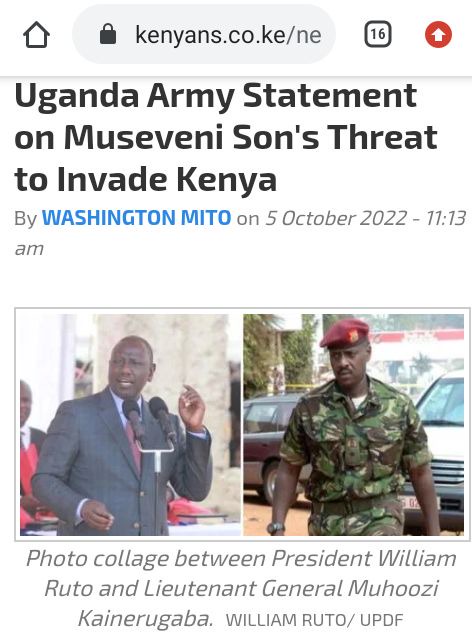