The political rivalry between the Orange Democratic leader Hon Raila Odinga and his former NASA ally Hon Musalia Mudavadi has escalated thwarting the possibility of the two seasoned politicians working together on Raila's Azimio La Umoja Movement ahead of the August general elections. 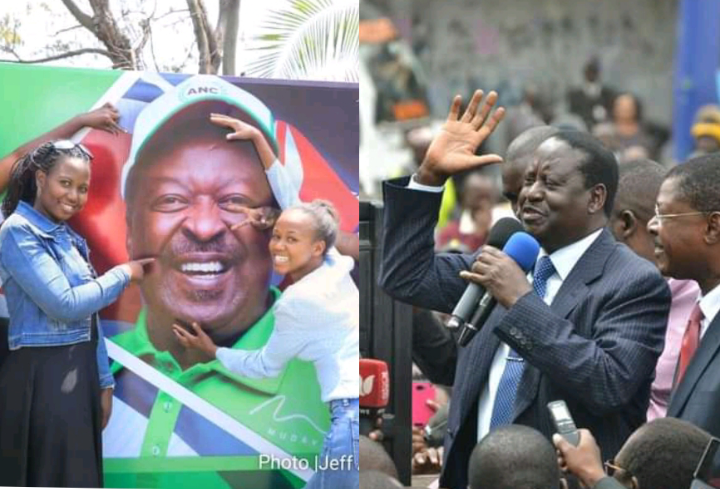 After the messy fallout between President Uhuru and DP William Ruto, the head of state strived to reunite the former NASA allies in backing a Raila Odinga presidency to no avail. Musalia Mudavadi remained adamant of joining forces with the ODM leader claiming that he will take a stab at the presidential race in the 2022 general elections. 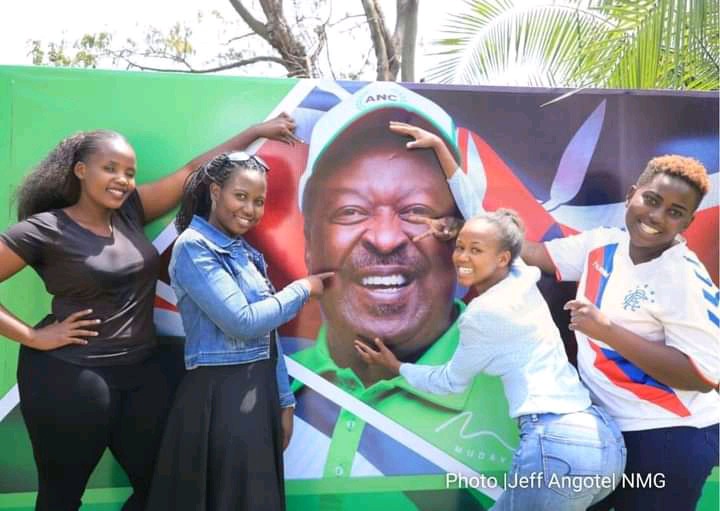 After organizing his high profile event and eagerly awaited "earthquake event" in the Bomas of Kenya, Mudavadi further on declined to invite Raila Odinga to the occasion citing that Jakom is his political arch rival. This has raised among concern on what Raila will be doing as Mudavadi plans to shake the nation. 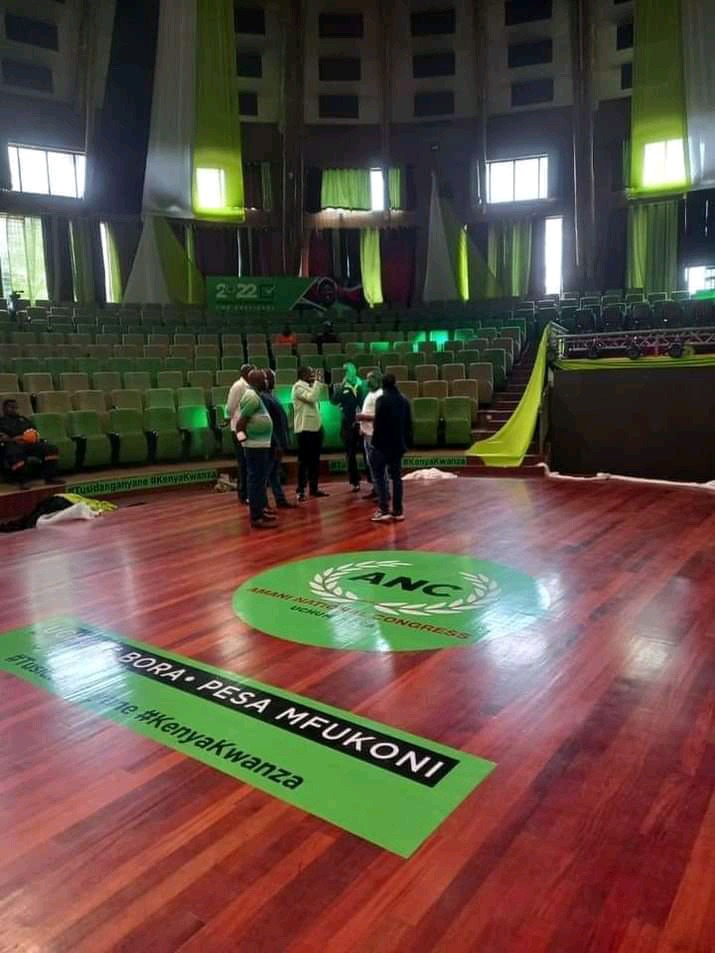 Baba is expected to hit the ground in Nakuru County where he will be accompanied by top pro Handshake political bigwigs and he expands his Azimio La Umoja Gospel. Agwambo is expected to attend a church service at KAG church in Mwisho Wa Lami and later on hit the ground on a roadshow with his campaign motorcade passing through Kwa Right, Likia, Manche, Mau-Narok Center, Ndeffo, Njoro Town, Kihingo and a grand finish at Kaptembwa in Nakuru town. 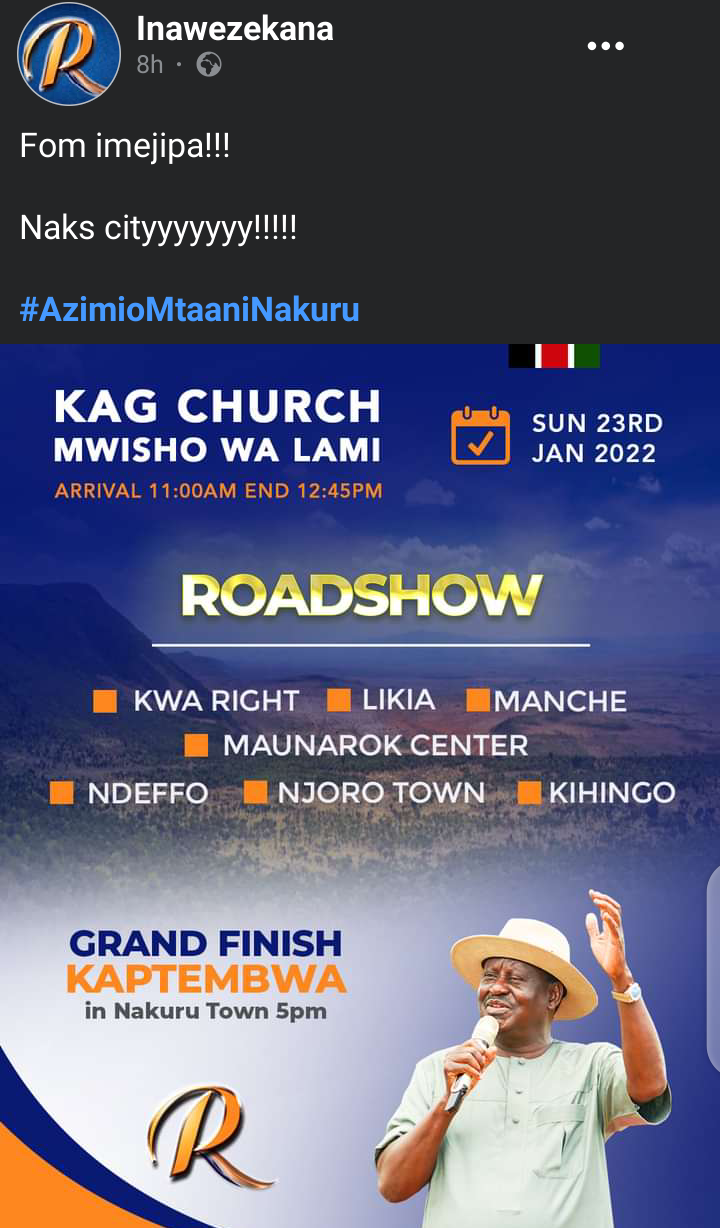