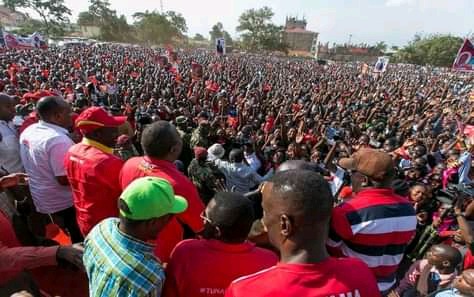 Kenya's famous law professor and one of the deputy president William Ruto top allies, Professor Kithure Kindiki on Sunday evening found himself in a very hot soup after claiming that the parliament's oversight has been killed by the executive and Kenyans are can only seek refuge from the judiciary.

"The demise of parliament's executive is regrettable. Today, only the judiciary remains to rescue Kenyans from the jaws of law-breaking tendencies of bewildiers of power," Kithure Kindiki said through a statement he shared on facebook. However, Kenyans were not happy with his statement with majority accusing him of doing nothing about the issues he has raised considering that he is one of the lawmakers in the country who has even served as the deputy speaker of the Senate.

Others also told him to stop crying claiming that he played a leading role in the formation of this goverment to an extent of even voting thrice, in 2013 and 2017 where people voted twice after the nullification of presidential election by the supreme court.

"You voted for this goverment thrice," Honorable Muturi.

"Are you not part of the parliamentarians? Your crocodile tears will not help fix this country," Wycliffe Onyiego. 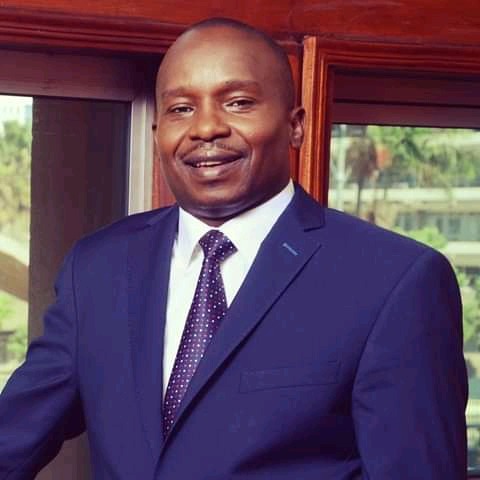 "Are you lamenting professor? You just killed democracy in your watch as majority leader then. You enjoyed electing puppet speakers who never say nay to anything that executive brings," Naftal Nyang'au.

"This statement alone is enough to send you back home. It means you're being paid yet you're not working," Arap Nyawaya. 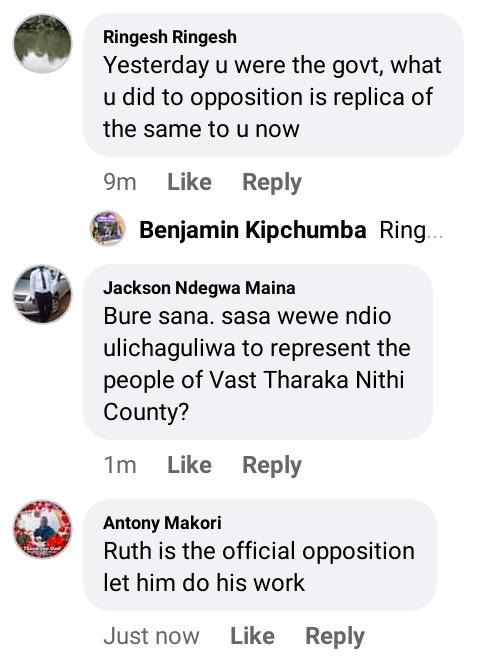 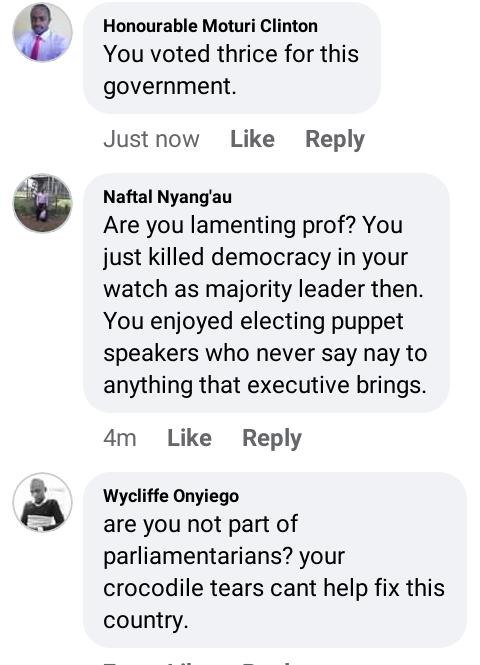 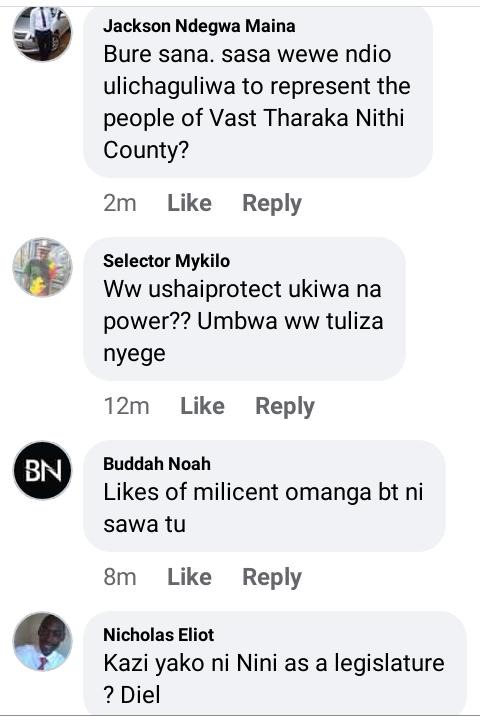 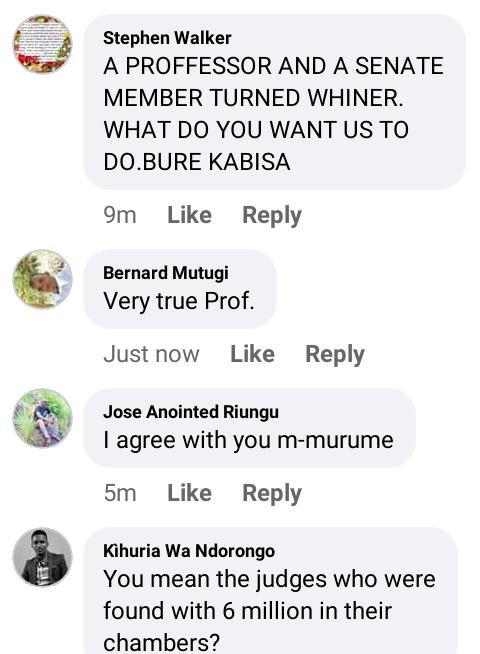 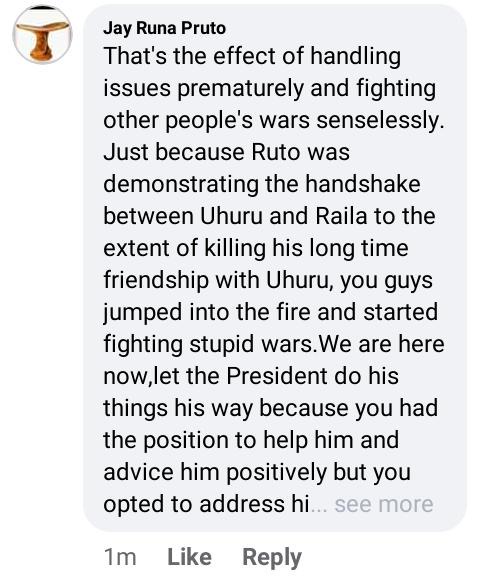