By Jakamagambo (self media writer) | 5 months ago 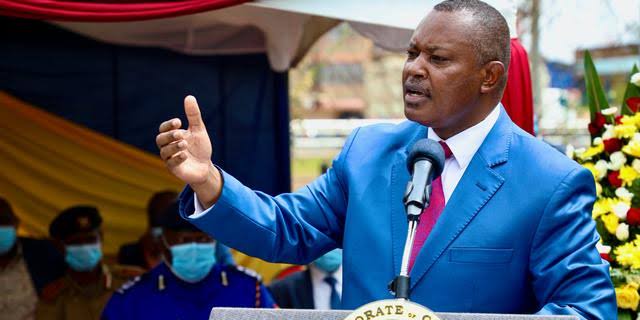 Nominated senator Millicent Omanga has taken to her twitter page to claim that Director of Criminal Investigations George Kinoti will not be arrested despite the court order. According to her, the laws in Kenya are being applied selectively, depending on which side of political divide one is aligned to.

She argued further that it is only those who are close to DP William Ruto who are being subjected to the rules of the law as those who are associated with Azimio la Umoja gets the freedom to do all that they want without being held responsible. 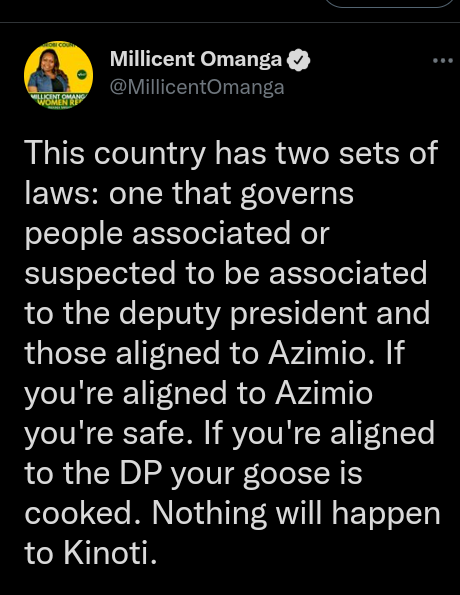 Her statement followed after the High Court issued a warrant of arrest against Mr Kinoti for over Director of for contempt of court. In the ruling, the Inspector General of Police Hilary Mutyambai was ordered to have Kinoti arrested and presented in court to face charges.

DCI Mr Kinoti is accused of failing to return seven firearms to businessman Jimi Wanjigi even after it was ordered so by the court. After being found guilty, the court in November ordered him to present himself at the Kamiti Maximum Prison within seven days, another order that he defied