By Jay_Moh | self meida writer
Published 26 days ago - 3 views 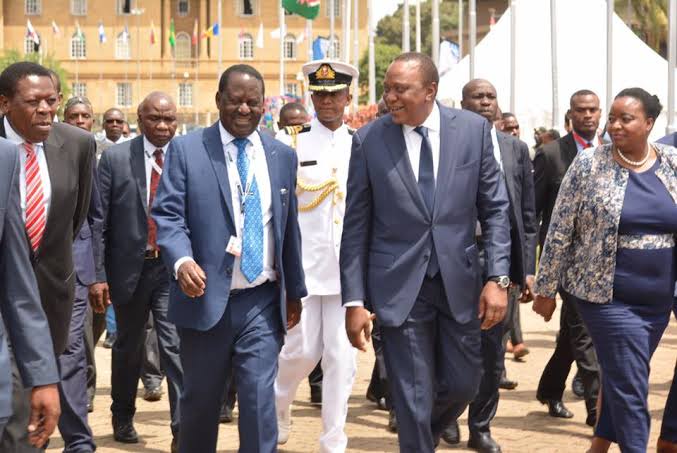 ODM leader Raila Odinga has criticized those who oppose the constitutional amendment through the Building Bridges Initiative report, calling them 'hypocrites'.

Mr Odinga, who is currently working closely with President Uhuru Kenyatta after the two buried their political differences through reconciliation greetings, popularly known as handisheki, has continued to express surprise at critics of the BBI's Reconciliation Plan Report, which proposes a constitutional amendment. 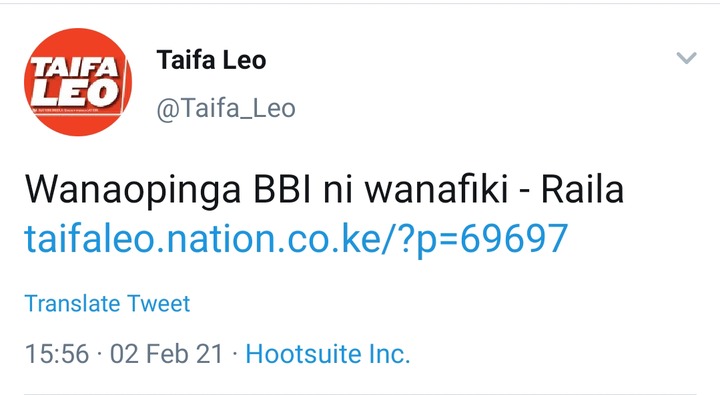 The opposition leader on Tuesday said those opposed to the BBI's approval questioning the Constitution should not be reformed, "they are the ones who opposed the 2010 adoption".

Addressing the BBI, he said those who oppose the Reconciliation Report are enemies of development.

“I have seen a group claiming to be defending the Constitution, what is it defending? Those who say the Constitution we passed is better than the ones who opposed it in 2010. Why do you say you are protecting it now, that is high-level hypocrisy, "Mr Odinga said.

He made the remarks in Nairobi at a meeting with Members of County Assembly, MCA, who were elected on an ODM ticket, in Nairobi.

Analyzing the contents of the BBI, to help bring about inclusive leadership, Odinga said the constitutional amendment would help strengthen it.

After reconciliation greetings in 2018, the Kieleweke factions - leaning towards President Kenyatta and Odinga, and Tangatanga - on the side of Deputy President William Ruto emerged.

As President Kenyatta and Mr Odinga endorse the BBI's approval, Deputy President Dr Ruto has appeared to oppose the passage of the bill as well as the constitutional amendment, saying "the debate that needs to be addressed is one that helps improve the lives of the people.

BBI ODM Raila Odinga Reconciliation Report Uhuru Kenyatta
Opera News is a free to use platform and the views and opinions expressed herein are solely those of the author and do not represent, reflect or express the views of Opera News. Any/all written content and images displayed are provided by the blogger/author, appear herein as submitted by the blogger/author and are unedited by Opera News. Opera News does not consent to nor does it condone the posting of any content that violates the rights (including the copyrights) of any third party, nor content that may malign, inter alia, any religion, ethnic group, organization, gender, company, or individual. Opera News furthermore does not condone the use of our platform for the purposes encouraging/endorsing hate speech, violation of human rights and/or utterances of a defamatory nature. If the content contained herein violates any of your rights, including those of copyright, and/or violates any the above mentioned factors, you are requested to immediately notify us using via the following email address operanews-external(at)opera.com and/or report the article using the available reporting functionality built into our Platform