Avoid Kisumu County If You Are Poor In English, Says City lawyer

By wasalie (self media writer) | 5 months ago

The Taliban control in Afghanistan continues to draw divergent opinions on social media pages as some Kenyans weigh on the role of the United States in current happenings.

Lawyer Steve Ogolla has made a joke online claiming that the people of Kisumu are on the side of the US government over this issue and that the city is dominated by English speaking natives right now. 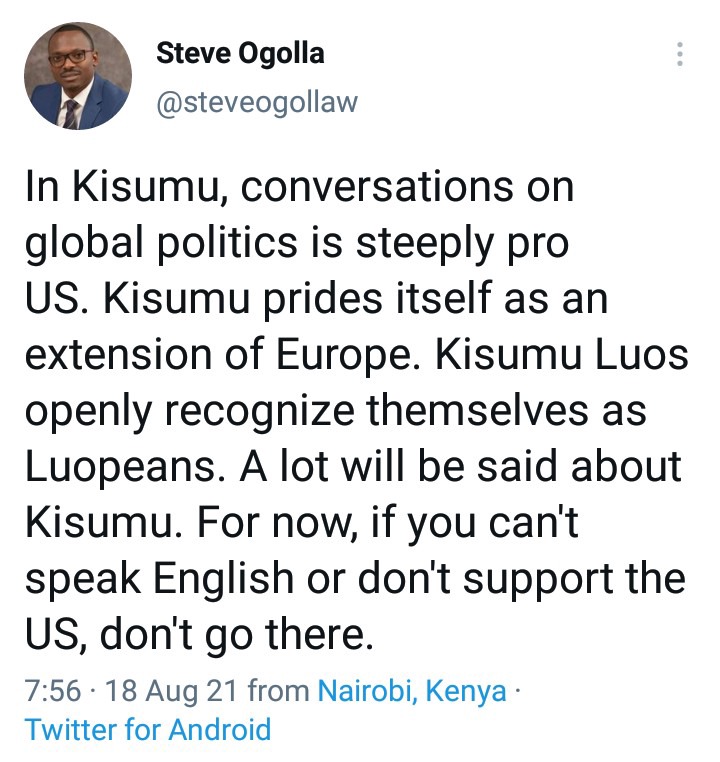 "In Kisumu, conversations on global politics is steeply pro US, Kisumu prides itself as an extension of Europe" claimed Ogolla.

"A lot will be said about Kisumu for now, if you can't speak English or don't support the US, don't go there" continued Ogolla.

Kenyans on social media were amused by Ogolla's sense of humour that they only dropped laughing emojis under his comment section. 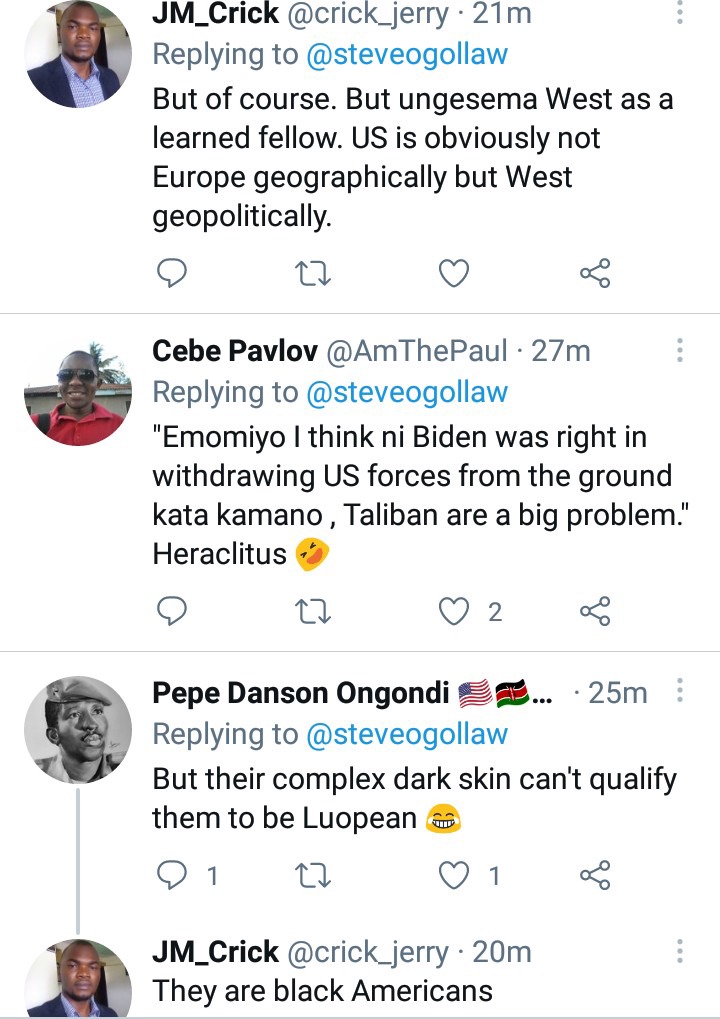 The lake region is known for street politics both locally and internationally. When the former US president Barack Obama was elected in office, there was excitement across Kisumu county and the entire Nyanza region. 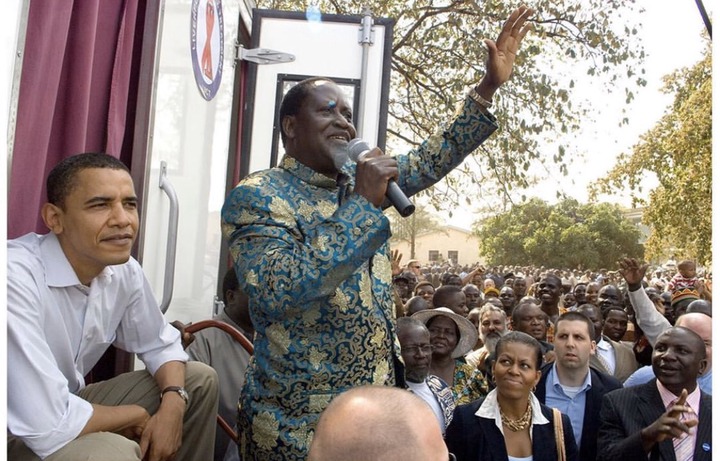 We cannot tell why the people of Kisumu are so much into street political talks but we will be following both their opinions on the Afghanistan crisis for more updates.

We are encouraging you to keep on reading our articles and tell us what you think about the people of Kisumu on this particular one.

Why roses are considered to be very sensitive when it comes to feelings.

7 Signs That You Are A Lazy Person