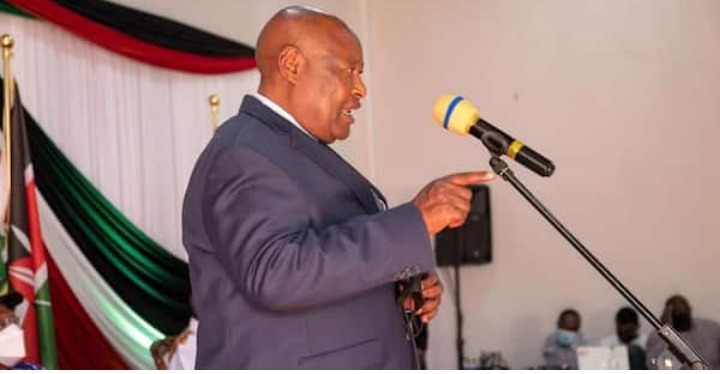 The former prime minister Raila Odinga presided over the Azimio La Umoja, Maa edition held .The delegates present in Ongata Rongai were from the counties like Kajiado, Narok, Samburu and Laikipia, Kaparo being among the people who worked closely with Raila and his late father, Jaramogi Oginga Odinga,in 1993 when he was first elected speaker of the National Assembly.Kaparo said that he served as Raila's prefect when he was the National Assembly speaker. So he knew him so well.

Former speaker Francis Ole Kaparo has rebuked the politicians claiming that ODM party leader Raila Odinga doesn't have the interests of the Maa community at heart.

While endorsing Raila's 2022 presidential bid,Kaparo said that he only attended the meeting because he wanted to support Raila,he doesn't have a Party but he got a vote and the right to support whomever candidate he chooses to.

He also said that because he's influential,he was there to use his full capacity to support Raila and asked anyone who felt irritated by his facts to leave him alone.

He said that a section of politicians made false promises to the Maa community in the previous elections.The same politicians that we Maa people supported them fully and even elected them into the offices.After getting in the offices they forgot everything they promised.They forgot about pastoralists.So he urged every member of Maa community to be clever this time and not fall victim to their lies and elect the right leader who will deliver.

He also urged the Maa community to live harmoniously with other communities,to not sell their lands or be ready to live with the buyers.Raila promised to protect their land rights if they voted him in as their president in 2022 polls.

He went ahead explaining to the Maa people the importance of working as a team to increase access to education by strengthening both the formal and mobile school initiatives.

The leaders in attendance were convinced that Raila is the best fit as the next president of Kenya.They vowed to give him their full support in his presidential bid. 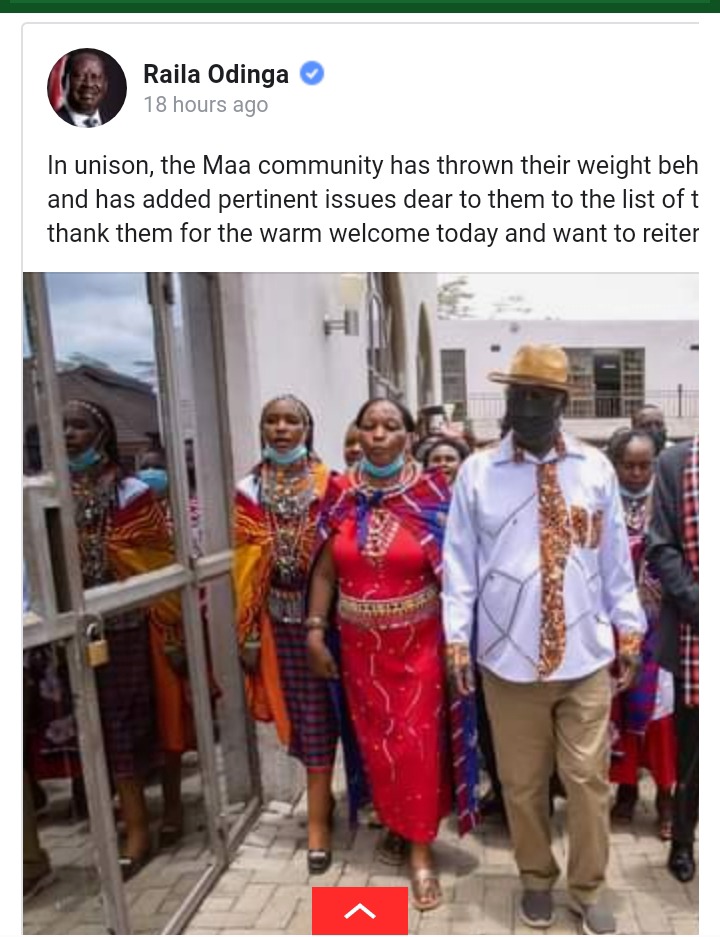