Orange Democratic Movement party leader Raila Odinga has today been dealt a huge blow after ANC party brigades gang up against him. Before OKA coalition, Raila Odinga and OKA principals were in NASA coalition which they dissolved in order to form the recent coalition known as OKA. 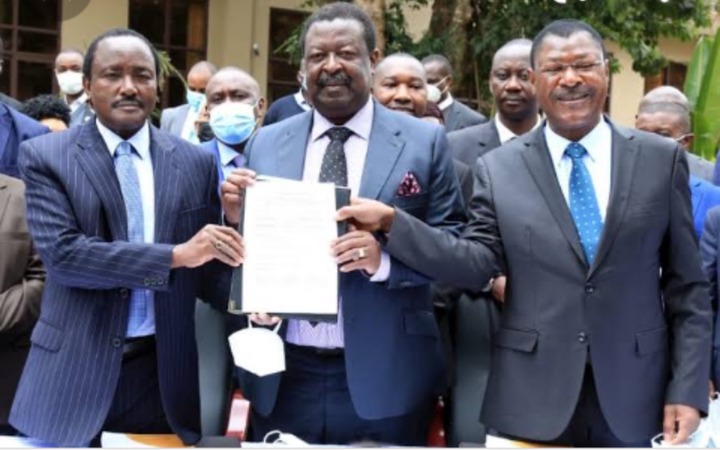 However, division is now locking OKA as senator Cleophas Malala who is an ANC party brigade now want ODM party leader Raila Odinga to return the favour he got from ANC party leader Musalia Mudavadi. Malala claimed that NASA coalition was Musalia Mudavadi's idea and Raila took it over where he acquire many things. 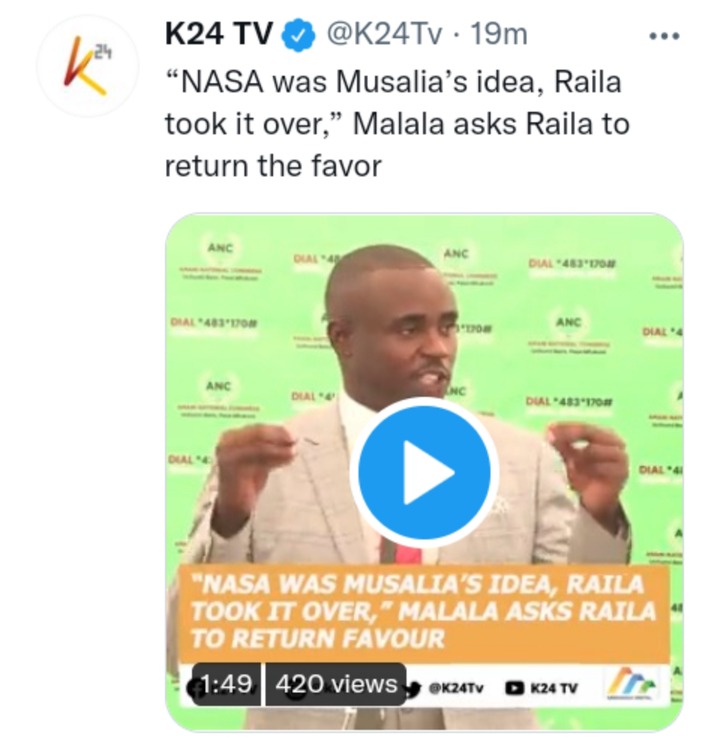 According to reports, ANC party is now showing signs of exiting Raila Odinga's coalition if it happens that Raila Odinga fails to return the favour back to Musalia Mudavadi as ANC brigades want. Due to this, some ANC party brigades have issued out a warning to ANC party if it fails to meet their demands.