Opposition leader Raila Odinga is yet to come to terms with his loss, owing to all the utterances that he has made after the Supreme Court ruling.

He remained reluctant to ask his supporters to protest in fear of the repercussions that included finding himself at the ICC and loss of life by Kenyans.

This, however, does not mean that he has let the matter slide off easily, as in his thanksgiving, he brought about fresh allegations that tainted the picture of the IEBC. 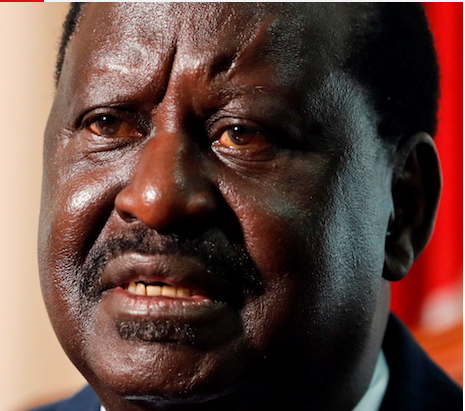 Earlier on, he said the IEBC process had been marred with irregularities and is now going into detail saying that they reduced his votes from a whooping 60% to 48.85%.

He then alleges that his close competitor, William Ruto, got less than 50% of the votes, but IEBC gave the win to him by increasing his votes to 50.59%.

In his message to Azimio supporters, he asked them to walk with their heads held high as they are a big movement and won the election, but the Kenya Kwanza team was given the win.

Speaking on his plan, Odinga said he will continue to illegitimise William Ruto's regime. These claims by Raila Odinga remain allegations as he has not tabled any evidence over the same.

The Supreme Court already upheld William Ruto's win, and he will continue to serve as the President of the Republic of Kenya. 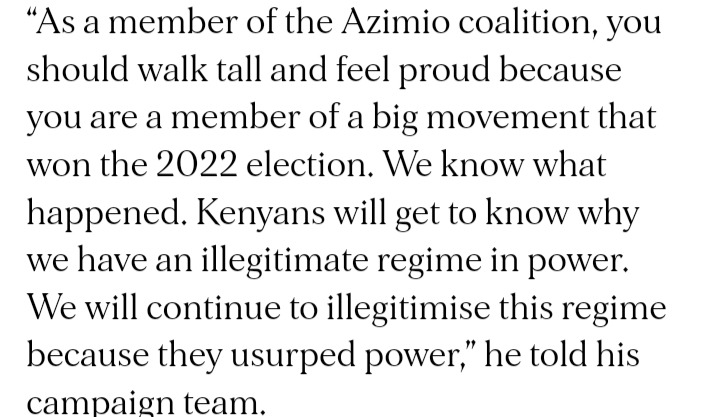