Raila to Unleash Plan in Readiness for 2027

The former Prime Minister, Raila Amollo Odinga is set to unleash a robust plan as Raila and Kalonzo Musyoka are now eyeing the 2027 General Election. 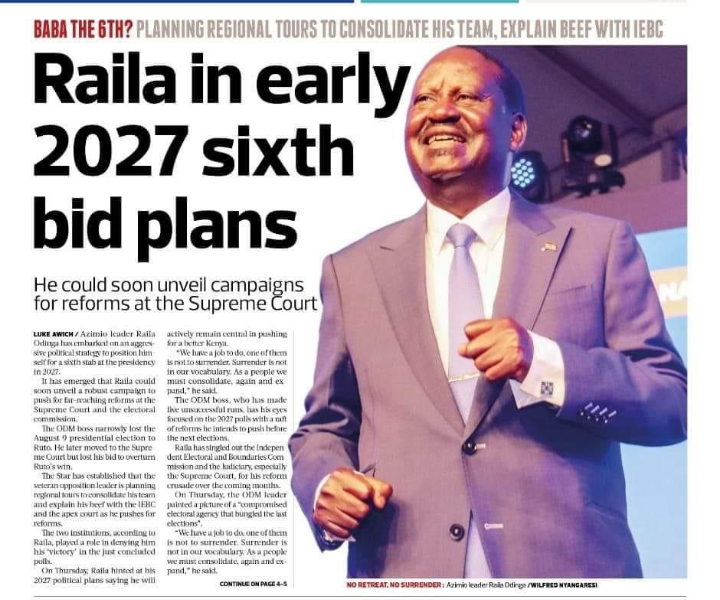 According to the Star Newspaper, Raila Amolo Odinga who narrowly lost to President William Samoei Arap Ruto in the recently August polls is putting in house in order as the Former Prime Minister is now likely to be on the ballot for the sixth time.

However, the former Prime Minister wants to reform the Independent Electoral and Boundaries Commission, IEBC and the Supreme Court which he claims was Misused during the August, 2022 polls.

The Azimio Presidential Candidate is also Reportedly planning to have the Wiper party leader Kalonzo Musyoka as his Deputy.

This comes as Azimio leader said that foreign powers and multinationals with interests in the country played a role in the loss suffered by his coalition.