By Visionkenya.co.ke (self media writer) | 5 days ago 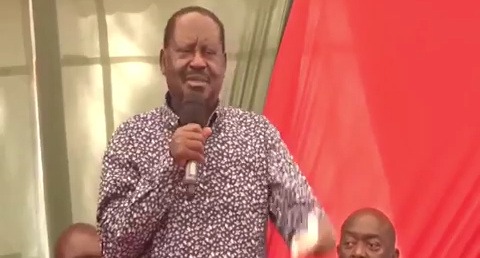 Raila Amollo Odinga has been a force to reckon with in the Kenyan politics, he has been at the top of the game for many years with this time serving as a member of parliament, cabinet minister, prime minister among many positions he has served.

Raila has today held a grassroots meeting in Nairobi as one way of preparing for a rally on 29th Sunday at Jacaranda stadium meant to call out the Kenya Kwanza government. While at the event Raila said that the push is not meant for Raila, he went on saying that he will not be on the ballot in 2027, or chances are that he won't. Raila says that Ruto has singlehandedly formed a panel to select commissioners for the IEBC, he adds that this country is neither Ruto's nor Gachagua's.