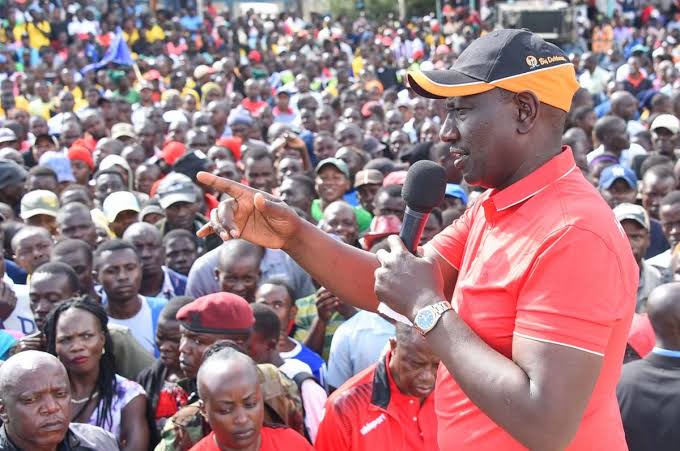 Deputy President William Ruto was today in Kakamega County drumming up support for his bottom-up economic model. He also campaigned for his 2022 candidature promising the Western region goodies from his reign as president.

The DP also acknowledged the "Deep State" while speaking in his rally. He said that he is aware of the presence of such an entity and its capabilities. Anyhow, Ruto urged the Kakamega residents to vote for him because he now knows how to deal with the system.

The DP who is currently not on good terms with his boss revealed to Kenyans that he has plans in place to guard his votes against the so-called Deep State if they try to steal them from him in the 2022 general election.

"There is something called Deep State. Do they think they can steal from us if you vote for me? Let me tell them that I have plans in place to protect my victory if I win in the election. You just go and vote. They won't defeat us," he declared.

Ruto however failed to reveal what exactly the plans were to stop such a perceived strong and formidable force that has been allegedly in Kenya since independence.

Mudavadi Says He Will Not Be Attending Azimo La Umoja Event