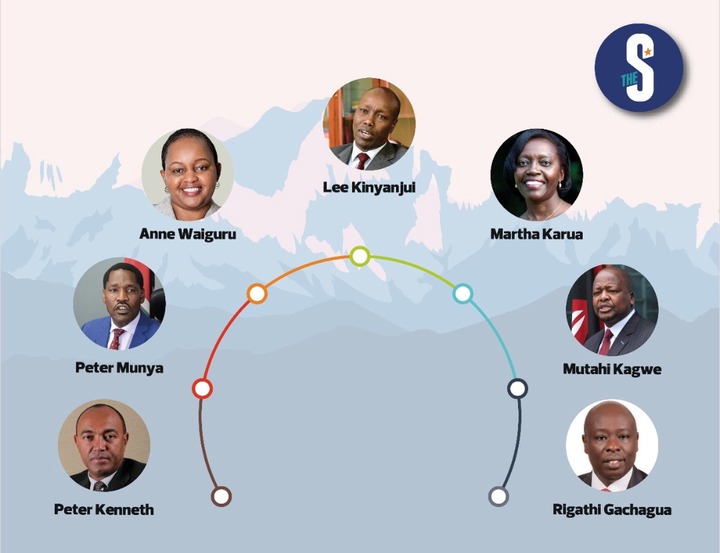 A list of seven possible presidential running mates from Mt Kenya region has emerged through a leading media House, the Star, through their social media accounts.

In the list are some of the top most politicians from the central Kenya region who are thought to be among those who will be selected by the leading presidential candidates in the upcoming presidential elections.

Among them are close allies of the main presidential candidates among them the former Prime Minister Raila Amollo Odinga and his close competitor the United Democratic Alliance movement Party candidate Deputy President William Ruto. 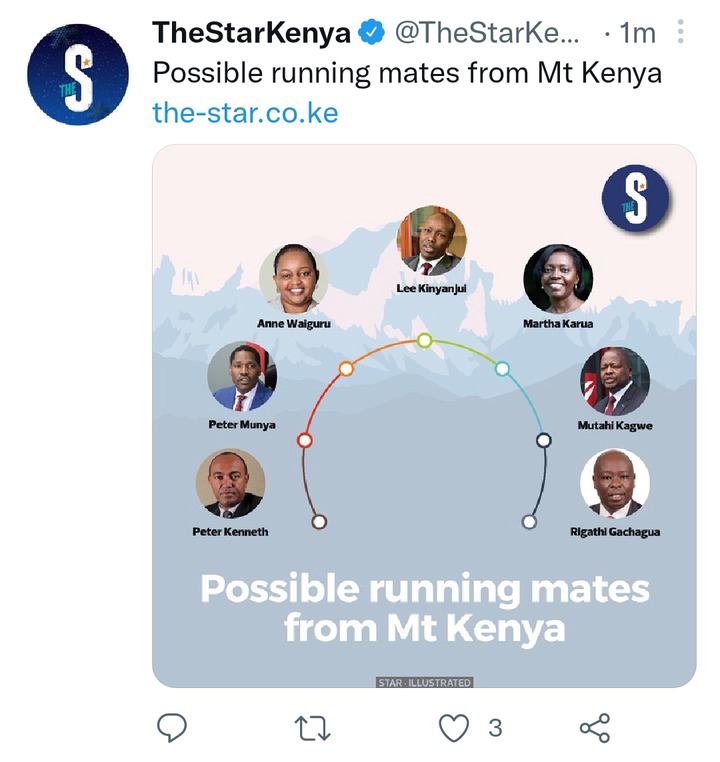 Among those in the list are Members of Parliament, members of president Uhuru Kenyatta's cabinet as well as former Presidential Candidates from the region. 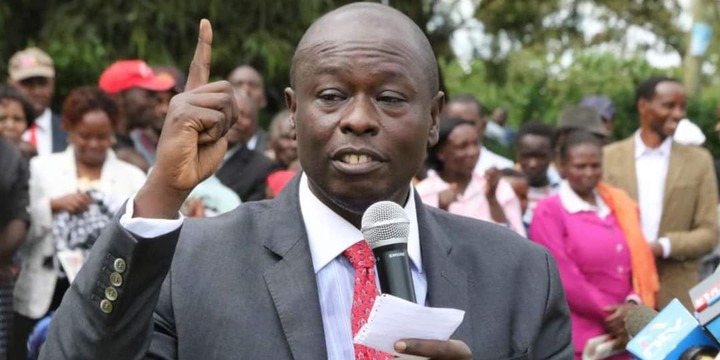 Among other possible running mates of Raila Odinga is Former Presidential Candidate Peter Kenneth who is from Gatanga constituency. The cabinet Secretary in charge of the Ministry of agriculture CS Peter Munya is also in the list.

Crowd Go Wild As Raila Sends A Tough Warning To Rigathi, Alleges What Will Happen After Polls-Video

Opinion; Number of Votes Kalonzo Might Get in August Elections