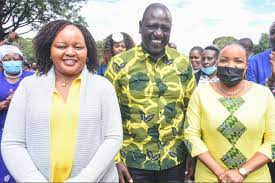 The two fell out after Waiguru decamped to United Democratic Alliance (UDA) from Jubilee to contest for the Kirinyaga top seat a position that Ngirici also was eyeing by running on the same party.

Ngirici who dumped UDA months ago claimed she will be vying on an Independent ticket a move that Waiguru argued that if she won she wouldn't serve its people well if not aligned with the partnered government. She went on to argue that a leader elected on a political party stands a chance and is more resourceful if in the government. 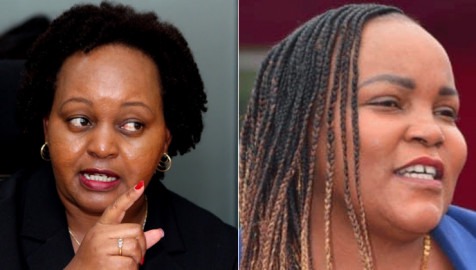 "You can not say you will bring development to the people while on an independent ticket. You have to align your visions, plans, and development programs with the government of the day in order to implement and eventually cascade them on the ground. I beseech you to think twice and avoid being lied to," Waiguru addressed Kirinyaga Women Rep.

According to Star News media, Waiguru further said that Ngirici feared nominations and has always been giving false stories about dumping UDA claiming that no one threw her out. "No one threw you out! Why don't you reveal the truth that you have all along been fearing nominations? If you have no marketable manifesto and agendas why don't you say you are resisting competition rather than lying that you were kicked out," She said. 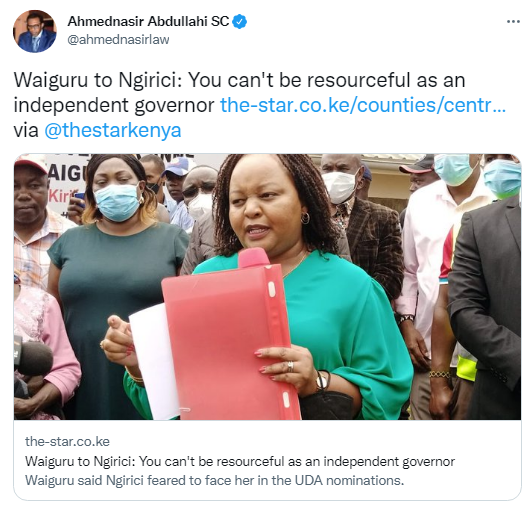