Didmus Barasa: We Have Not Seen The Benefits Of President Kenyatta's Leadership

By Simplebaibe (self media writer) | 25 days ago 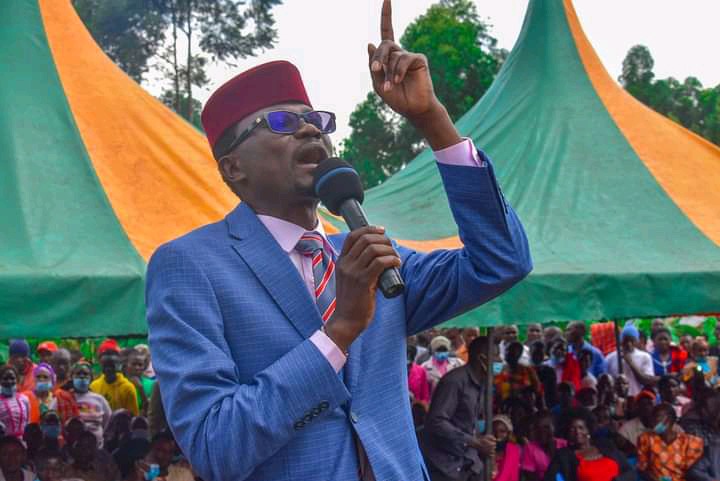 The allies of Deputy President Dr William Ruto are of late been seen directing their frustrations and anger to President Kenyatta. This is a retaliation on the intimidations the second in command have been subject to from the government which he is part and parcel of.

One allies of the DP who retaliate back at government today was Mathira Member of Parliament Rigathi Gachagua who maintained that the DP should not be blamed as the current government is not his but for Kenyatta. 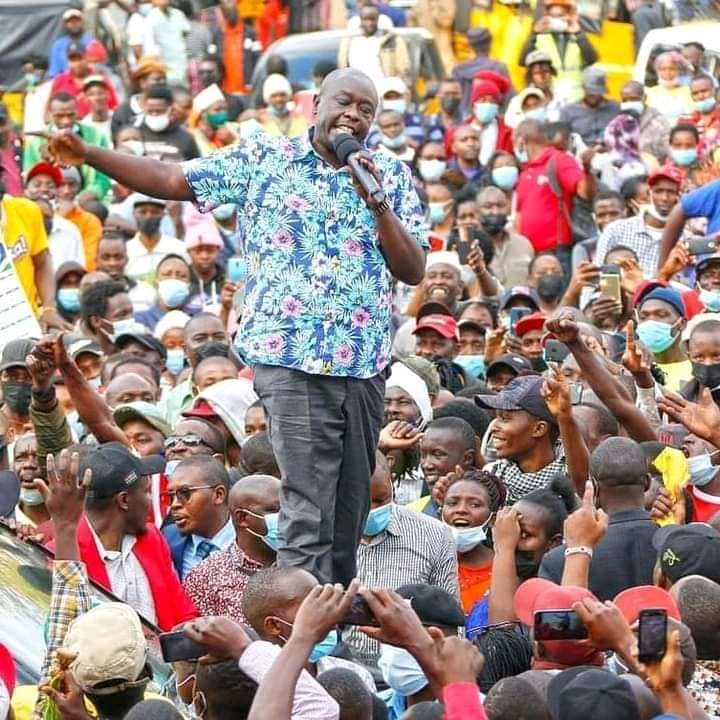 Few hours later, another allie of the DP took to stage to castrate the government. Speaking at a funeral in Kimilili constituency, the area Member of Parliament Hon Didmus Barasa directed another attack at President Kenyatta's government.

In his statement, the legislator stated that they have not seen any benefit of the current government due to unnecessary politics which derailed the big 4 plans they had for the country. 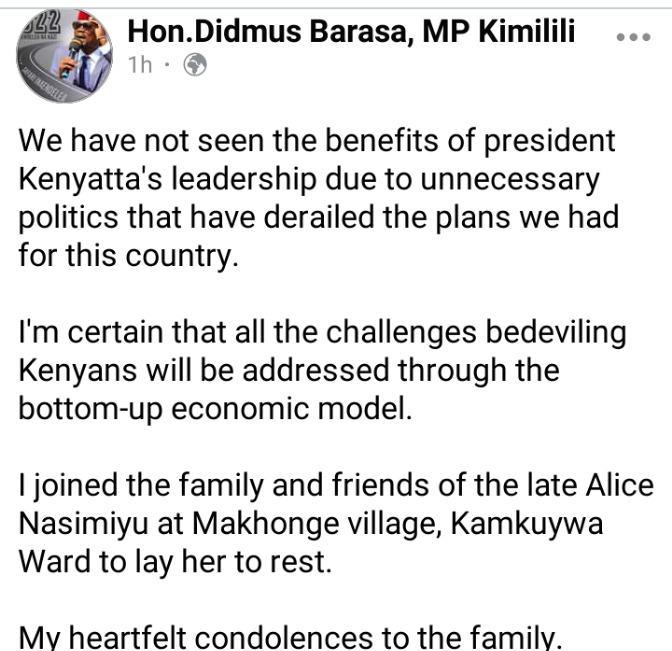 Ironically, the same legislator was among those who helped formed the government after 2013 general election. From 2013 to 2017, there was no complain from the leaders but immediately after the handshake, the wing aligned to the DP started differing with the government.

The allies of the DP are now on a mission to fulfill the pledge they had made to kenyans during the first term in office. Among the plans they had was Food security, Job creation and access to education.

Murder And Suicide Cases Are A Recurrent Story On Our Screens