Chief Justice Martha Koome has finally spoken following calls from William Ruto's allied camp who have been voicing their concerns calling on her to resign for fear she may be dragged into election rigging in the 2022 general elections.

The allies to the Deputy President had urged CJ Koome to resign from her role in the committee overseeing the 2022 election preparedness and in a strongly worded statement, Koome has hit back.

While addressing delegates at the Devolution Conference in Makueni County on Thursday, November 25, Koome downplayed claims that her role in the Intergovernmental committee would influence the outcome of the elections. 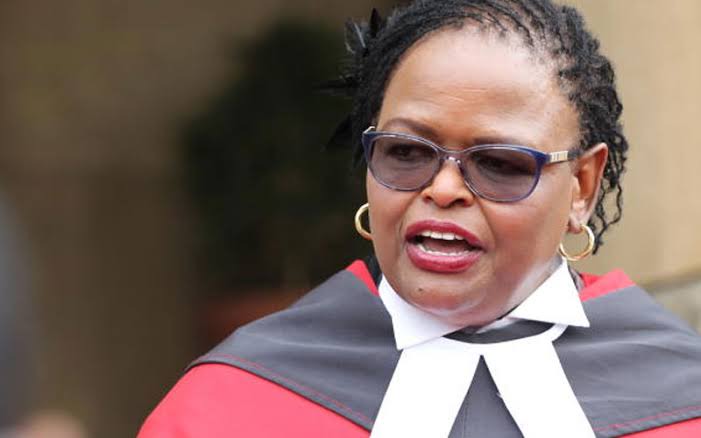 "The Judicial Service Act gives me the mandate to be the link for the Judiciary with other government agencies. It also creates the National Council on Administration of Justice whose mandate is to collaborate and coordinate all the actors in the administration of justice to ensure that at the end of the day we render seamless services,I met an intergovernmental committee on election preparedness, and I was attacked for holding the meeting. The Judiciary cannot deliver justice on its own,” the CJ stated.

Koome stated that the judiciary was a key stakeholder in the county's political system and that there was no political influence in the committee and castigated the United Democratic Alliance for making unjustified demands and wondered the criticism she would have received if she was meeting politicians.

Ruto Heartbroken And Mourns After Getting Reports Of Issac Juma's Murder

Thursday: Excitement In Orange House As More Mudavadi's Allies Are Set To Be Received By Odinga