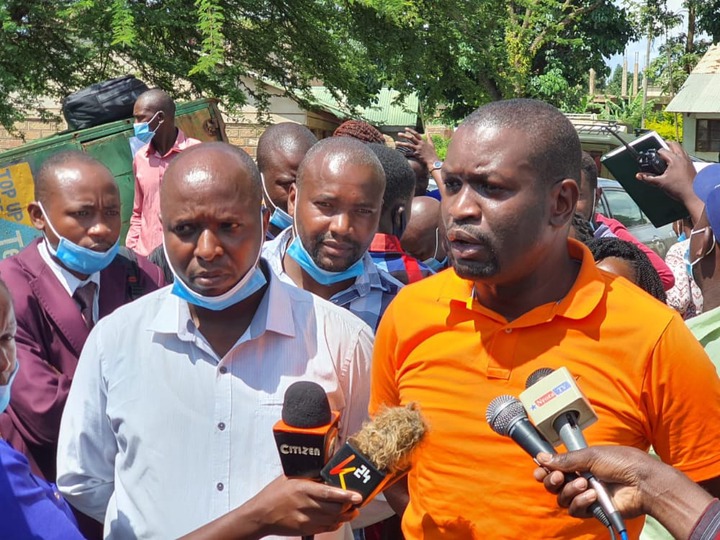 Orange Democratic Movement party is crying for foul in the ongoing Bonchari by election as they allegedly claim of bribery, intimidation and use of power by, Jubilee wing, leading the by- election for their candidate, Opere Zebedeo John also an ally to the region king pin, Interior Cabinet, Fred Matiangi.

Through the party social media account, ODM claimed of Jubilee associate who was spotted dishing money to electorates to cast their vote in favour of Jubilee candidate, Opere Zebedeo John at Mwata polling station. 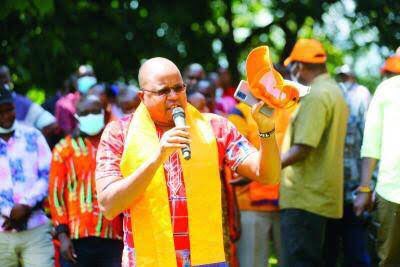 Blaming the Police by failing to take action, ODM, championing for own candidate, Oimeke Robert Obwoto said, the police have done nothing arrest him.

Via their page, They state, "This man, a close ally of the Jubilee candidate has been spotted bribing voters at Mwata polling station in Bonchari. Police have done nothing to arrest him" 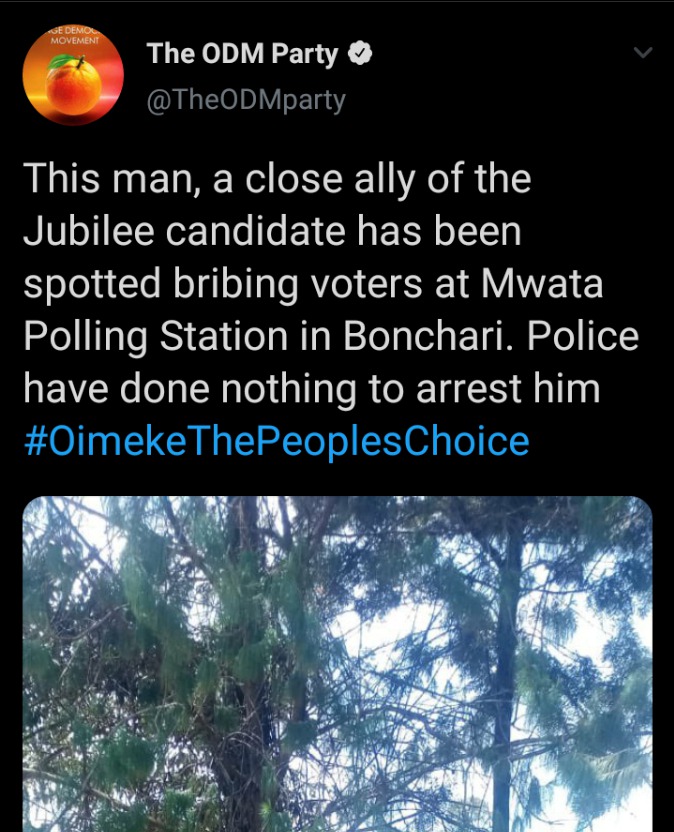 ODM also reveals of their Secretary General, Edwin Sifuna and Kisii County Women Representative, Janet Ongera cat and mouse game with Police Officers who are constantly trailing them as they travel to various polling station.