The Controversial Presidential Aspirant, George Wajackoyah, has been running on the promise that he will be legalizing marijuana once he is elected into State House come August.

The lawyer who has 17 degrees says that he will suspend the constitution for the first 100 days in office once he takes over State House in August as per his manifesto.

He has also recently been in the headlines for saying that his government will be dabbling in the export of dog meat in the quest to offset the Chinese debt that has crippled the country.

This afternoon, according to reliable reports from The Star Newspaper, George Wajackoyah while in his tour of Kisumu County in a campaign rally, has made another remark and this time, he has directed it towards President Uhuru Kenyatta.

The Roots Party Presidential Candidate has asked President Uhuru to release those imprisoned for having been caught smoking bhang.

Professor Wajackoyah has asked President Uhuru to consider the plight of those Kenyans imprisoned for having smoked bhang as a form of leniency towards them.

Wajackoyah had earlier on come under heavy criticism from Interior Security Cabinet Secretary, Dr. Fred Matiang'i for his legalization of bhang agenda that has attracted so many Kenyans to his course. 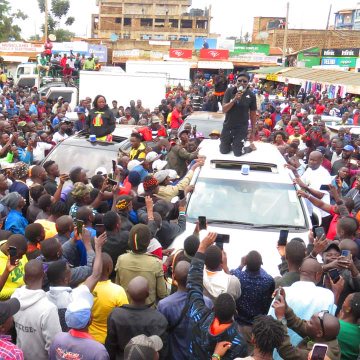 " I have the Evidence of Azimio la Umoja Goons Trying to Interfere with Results", Mwaure Claims

Paul Kagame Breaks Silence As He Sends A Strong Message To Ruto, Promises To Do This