By @chibupress (self media writer) | 12 days ago 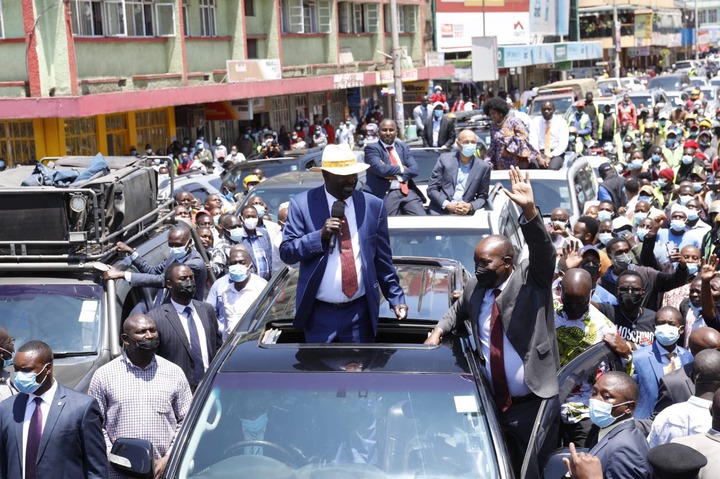 It is clear as argued by the political analysts that the presidential race is a two horse race between deputy president William Samoe Ruto and the ODM leader Raila Amollo Odinga. The other third force made up of OKA leaders have not toured many parts as compared to the latter.

Today,the ODM leader toured Naivasha where he attended a church service at AIC accompanied by SK Macharia, governor Lee Kinyanjui and other high profile leaders. The deputy president on the other side is currently at Isiolo to popularise his Hustler movement.

However,the ODM leader has received a big boost in Kisumu. The member of parliament for Kitutu Chance South Richard Onyonka says Gusii region will all rally behind the ODM leader.

He says Raila deserves to be the president as he has been rigged out three times by his competitors.

He has dismissed the allegations that the region will vote in the deputy president as he has made entourage into the region. 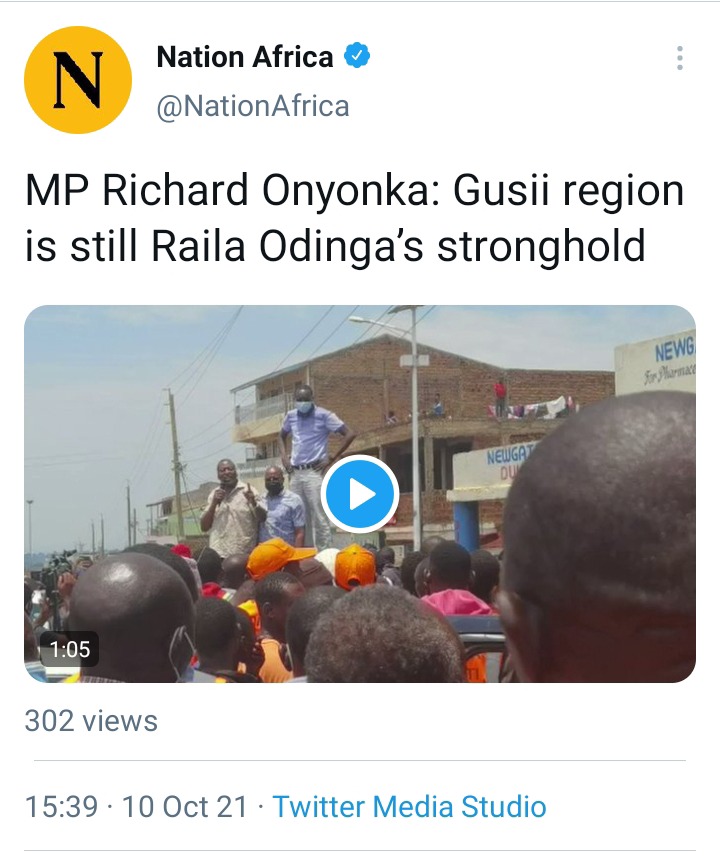 He asked the voters to elect him as the senator of the region while considering Simba Arati for the Gubernatorial seat. To easily watch the video, download the following link to witness Onyonka's declaration.