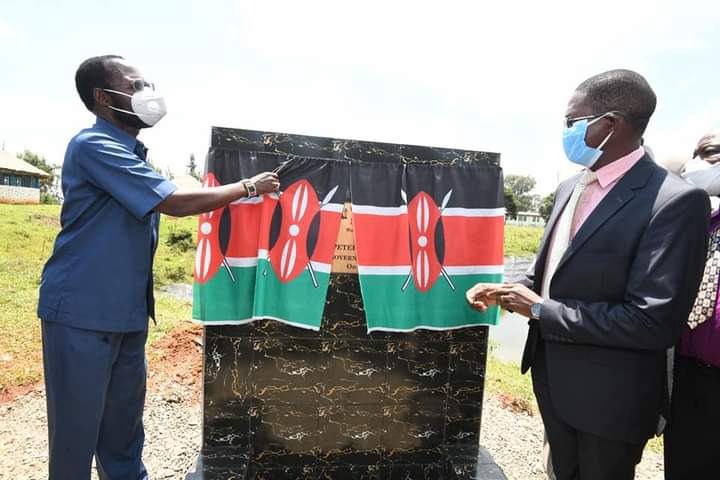 Maseno is now a town. The town was officially launched by Kisumu Governor Anyang’ Nyong’o on Thursday, even as a dispute over ‘ownership’ of the new town pitying Kisumu and Vihiga Counties seemed to play out in the open.

Shortly before Nyong’o officially unveiled the town, his Vihiga counterpart Wilbur Otichilo, via a press release said that efforts to return Maseno to Vihiga County by use of historical maps and documents have not yielded any fruits.

“We will also continue to engage the County Government of Kisumu by taking reasonable steps to resolve this dispute amicably. We are keen on applying and exhausting all internal mechanisms for alternative dispute resolution as provided for in the Inter-Governmental Act, 2012 and all other enabling provisions of the law,” said Otichillo.

Speaking during the unveiling of Maseno town at the Maseno Agricultural Training Institute, governor said that the area has grown over the years due to an education foundation set by the Missionaries. 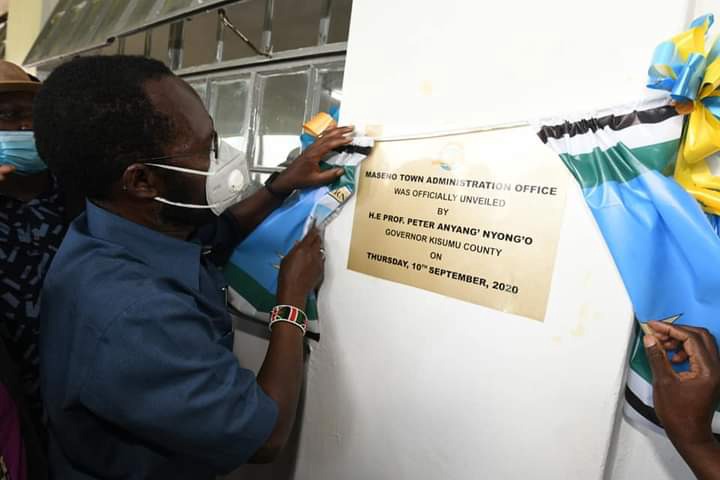 Maseno, located along the Kisumu-Busia highway, on your way to or from Luanda in Vihiga County has some of the best education institutions in the Country, among them Maseno School and Maseno University.

The Kisumu County boss said Maseno University and other education institutions in the area have been the force behind the growth of Maseno, over the years. The governor rekindled memories of several years ago, when he used to travel all the way from Ratta – Seme Constituency, in order to sell vegetables in Maseno.

“I remember with nostalgia, many years ago, growing up as a young man in Ratta village, not far from here; making trips to Maseno to come and sell vegetables grown in my mother’s backyard to the missionaries living here then,” he recalled.

The first-term governor said his administration will now give the new town the attention it deserves, as far as socio-economic and environmental issues are concerned.

“To this extent, there will be a dedicated team of staff headed by the office of the town administrator working under the oversight of a town committee put in place as per the provisions of the urban areas and cities act,” said Nyong’o. 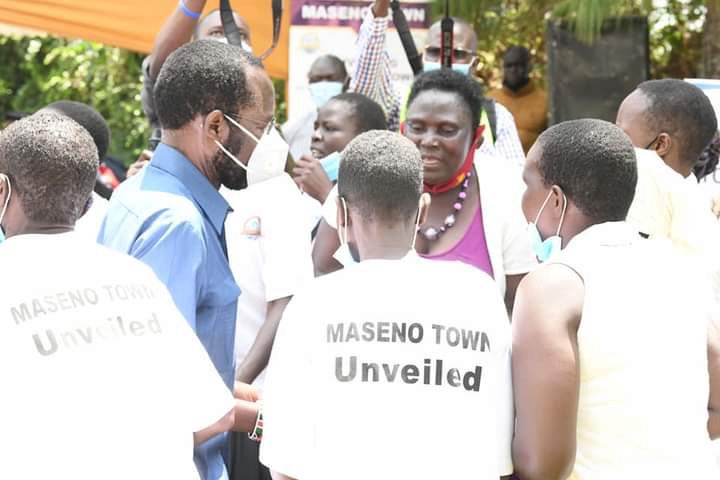 The Governor meets a section of Maseno residents. Photo/Facebook

He added, “To underscore our commitment to the realization of the Maseno dream, we have appropriated over Sh40 million in this financial year for water and sewerage, road and lightening infrastructure, solid waste management and tourism development in Maseno. I am aware that this is not enough but it is a statement that going forward we will have a dedicated budget for Maseno Town to adequately offer services to her residents.”

After Maseno, Ahero, Muhoroni, Kombewa and Katito are the next in line of being unveiled as towns in Kisumu County.