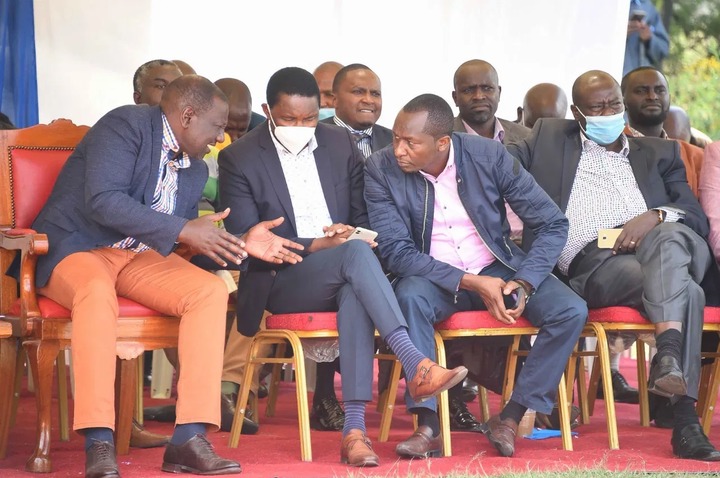 Political parties are charting different routes ahead of the 2022 general elections, with majority of them eyeing formation of a coalition to floor Deputy President William Ruto.

Since Jubilee party officials hinted of a looming coalition with ODM party, Ruto announced that he was going to use UDA as his ticket to the presidency come 2022.

Ruto's party which is enjoying massive support from legislators from Mount Kenya revealed that they will not call for dissolution of associate parties as it happened in 2017.

The Service Party of Kenya party leader Mwangi Kiunjuri who is Ruto's foot soldier in Mount Kenya on Tuesday stated that the next administration will be formed by a coalition of parties, arguing that one party cannot make it. 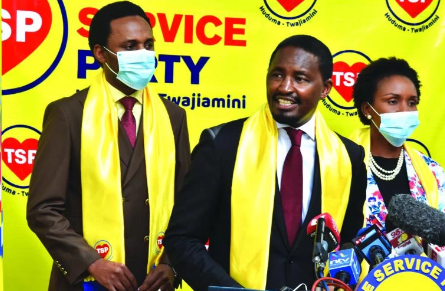 However his sentiments sparked reactions after claiming that the party is gearing for its independence and the ability to have a voice as opposition next year.

"We are building a party that will be independent and a party that will be fearless and ready to be the opposition. I am ready to be outside the government but have a voice. I have been inside the government, what is it that I have not achieved so far? posed Kiunjuri adding that his party will be part of a coalition, but will not agree to merger calls. 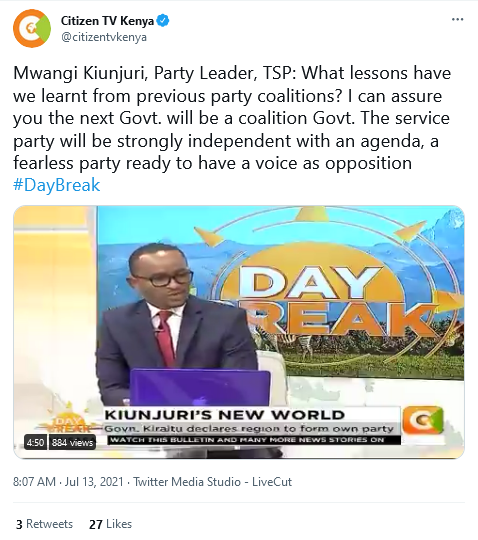 Fireworks in Parliament as MPs Ndindi Nyoro, Millie Odhiambo Takes on Each Other Over Ruto's Trip

Did You Know These Songs Have Above 5Billion Views On YouTube