Dr. Fred Matiang'i, the Cabinet Secretary for the Interior, has given a response to the petition that Professor George Wajackoyah submitted for the decriminalization of marijuana. ICS Fred Matiang'i issued a warning to Wajackoyah on June 26 and threatened legal action if the latter persisted with his attempt to legalize marijuana.

Professor Wajackoyah has become something of a national phenomenon as a result of his advocacy for the decriminalization of marijuana, which has garnered significant backing from younger generations. Wajackoyah has stated on multiple occasions that if he is elected as the next president of the Republic of Kenya, he will ensure that marijuana is legalized and that Kenyans will have the opportunity to grow marijuana and export it to other nations. This promise was made in the event that Wajackoyah was running for president of the Republic of Kenya. 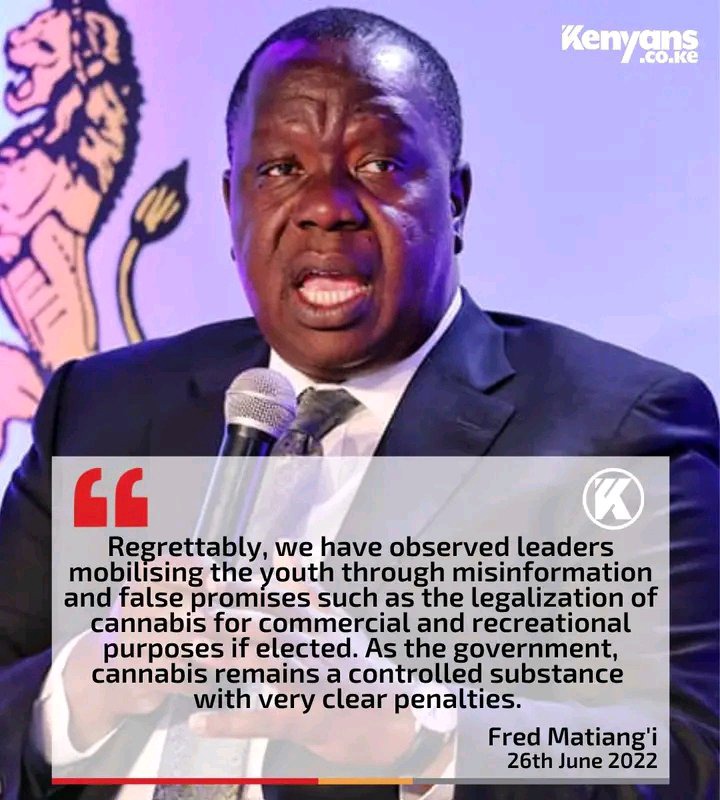 According to Professor Wajackoyah, the sale of marijuana will generate a significant amount of revenue for Kenya, making it possible for Kenya to repay the debt it received from China, make weed growers immensely wealthy, and turn Kenya into a prosperous nation.

According to the National Authority for the Campaign Against Alcohol and Drug Consumption (NACADA), which also brought attention to an increase in drug misuse among children of school age, alcohol, cigarettes, and marijuana are the narcotics that are the most easily accessible to the general public.

Despite this, throughout the political rallies that he held in Western Kenya, Wajackoyah continued to push for the decriminalization and eventual legalization of marijuana. He promised to pull out ornamental flowers and plant weeds in their place in Kakamega, and a large number of Kakamega residents welcomed Wajackoyah with open arms. Wajackoyah. 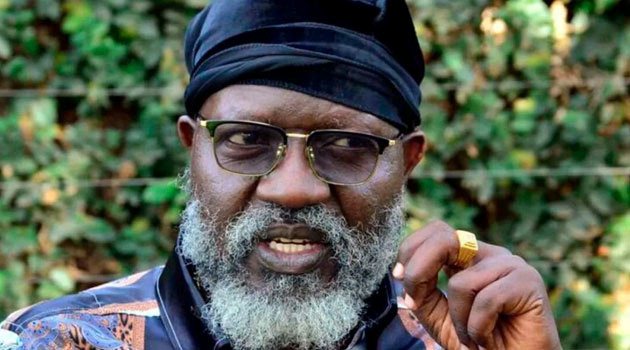 William Ruto: We Have No Time To Waste But To Start Delivering Our Promises To Kenyans.

What Ruto Has Told All Public Servants Concerning Their Job Security

3 Cabinet Secretary That Kenyans Think Should Be Retained In Ruto's Government.