By Mwanahabari (self media writer) | 1 month ago 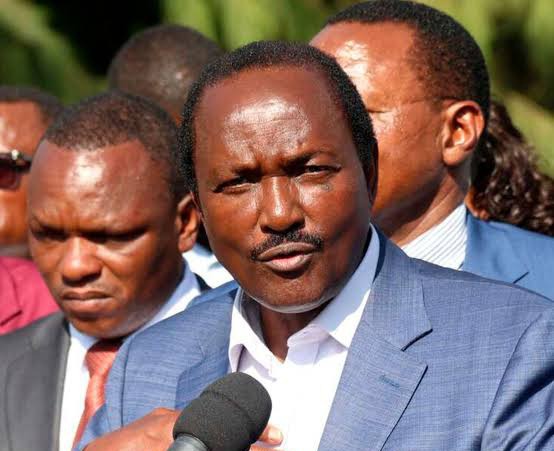 Nzioka Waita who is a Former State House Chief of Staff has disclosed a special oath that Kalonzo Musyoka allegedly took at the late President Daniel Moi's Kabarak home. Waita claimed that the Wiper party leader took the oath to unite the Kamba nation, when he was handed over the leadership mantle by the Mulu Mutisya.

Waita further claimed that the Wiper party leader who enjoyed close ties with late President Moi, introduced the former Vice President as his preferred successor. According to the Former State House Chief of Staff, Waita Kalonzo has now gone against his own words, leading to a divisions in Ukambani which have left the region more divided than before.

"When Mulu Mutisya held Kalonzo's hand and took him to Kabarak where he was anointed as the leader of the nation, Mulu expected that he would unite all our people and bring prosperity. Instead, he is overseeing the systematic destruction of the unity. Why did Musila, Muthama, Ngilu, Kibwana and Mutua walk away, could they all be wrong? Why didn't he use the spirit of Mulu to resolve the issues for the sake of our people? If Azimio succumbs to his blackmail, we can book an early seat on the opposition benches where we shall sit for another 10 years," Waita stated.

Waita who is eyeing the Machakos county gubernatorial seat added that Kalonzo Musyoka and other leaders from Ukambani are recently divided.

Waita who was President Kenyatta's former right-hand man further accused Kalonzo Musyoka of blackmailing Raila Odinga in a selfish manner and that it would eventually cost Azimio the Ukambani votes.