By Trendingmaster (self media writer) | 1 month ago 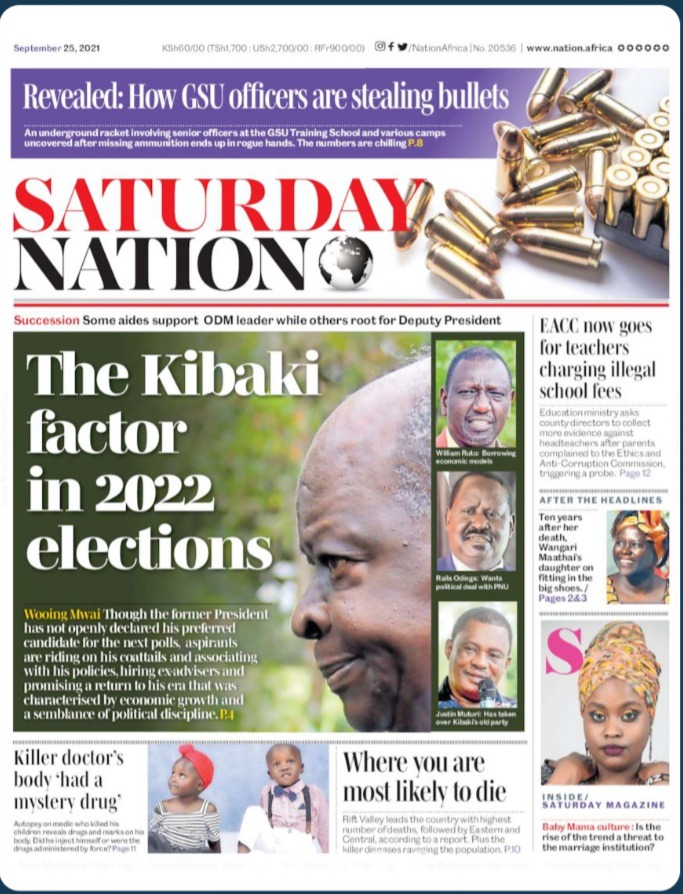 The Kibaki factor in 2022 elections

Wooing Mwai: Though the former president has not openly declared his prefered candidate for the next polls, aspirants are ridding on his coattails and associating with his policies, hiring ex-advisers and promising a return of his era that was characterised by economic growth and a semblance of political displine.

Autopsy on a medic who killed his children reveals drugs and marks on his body. Did he inject himself or were the drugs administered by force? 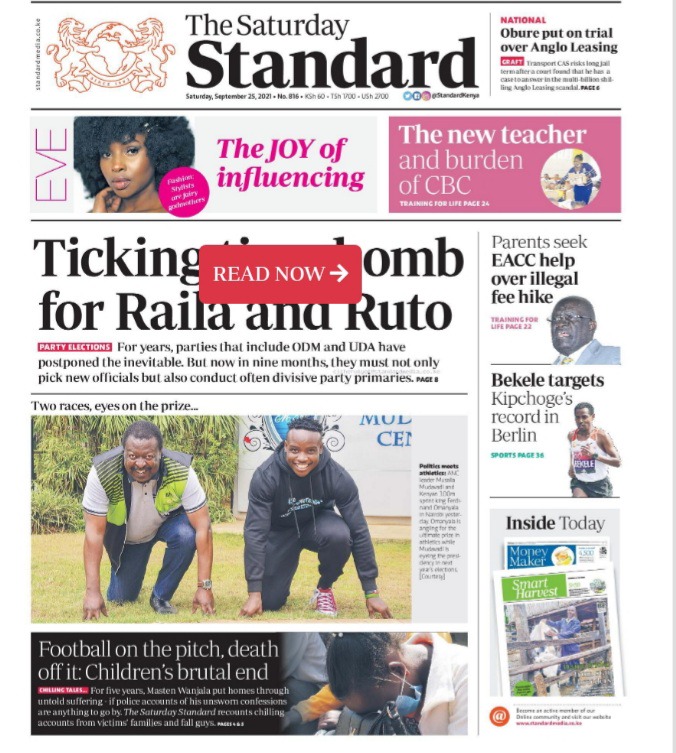 Party Elections: For Years, parties that include ODM and UDA have postponed the inevitable. But now in nine months, they must not only pick new officials but also conduct often divisive party primaries. 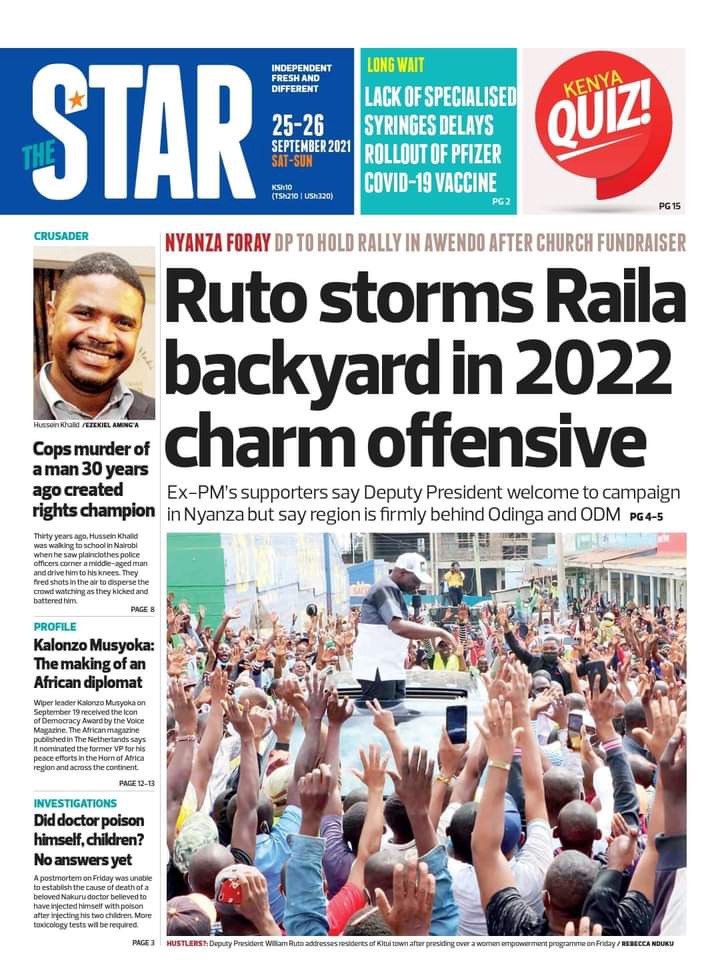 According to the publication, the former Prime Minister supporters say Deputy president William Ruto is welcome to campaign in Nyanza but the region is strongly behind ODM and Raila Odinga. 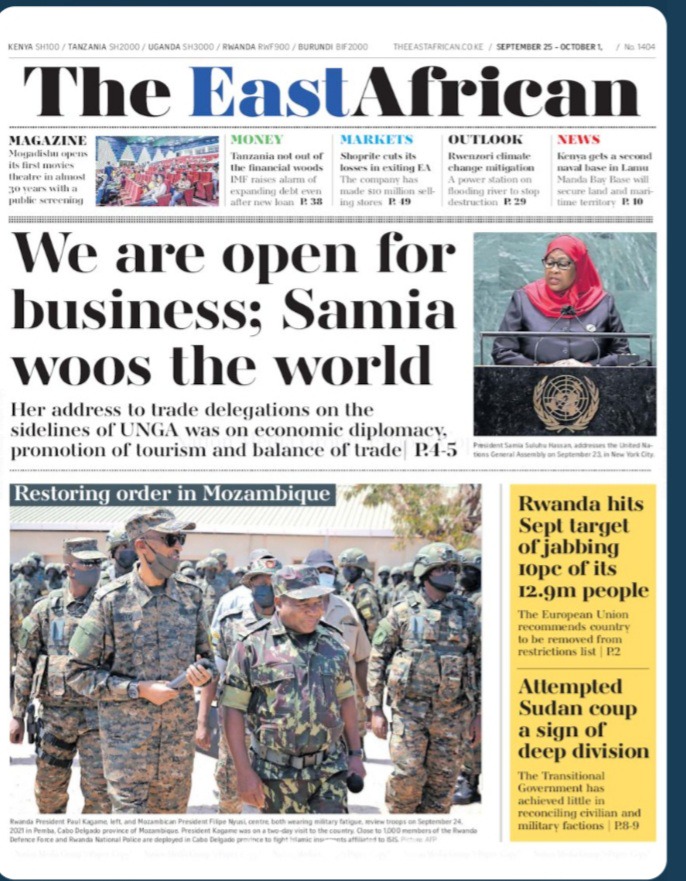 We are open for business; Samia woos the world

Her address to trade delegations on the sidelines of UNGA was on economic diplomacy, promotion of tourism and balance of trade. 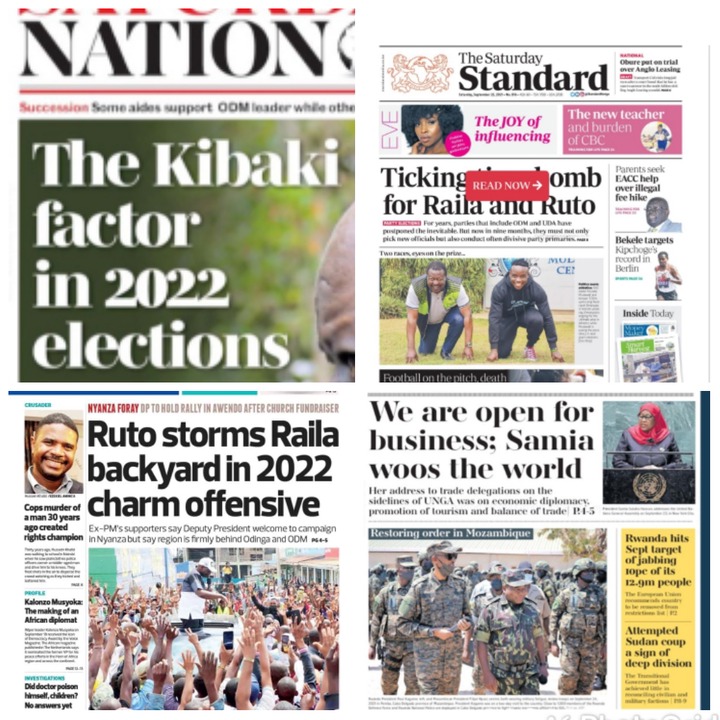