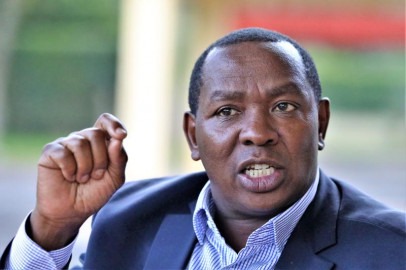 August 9th general elections preparations are still on with several leaders opening up on their political events, with some of the things being revealed are past events which are significant.

Laikipia County governor Ndiritu Muriithi has revealed why he denied the chance of getting a Jubilee party ticket in the previous general elections. 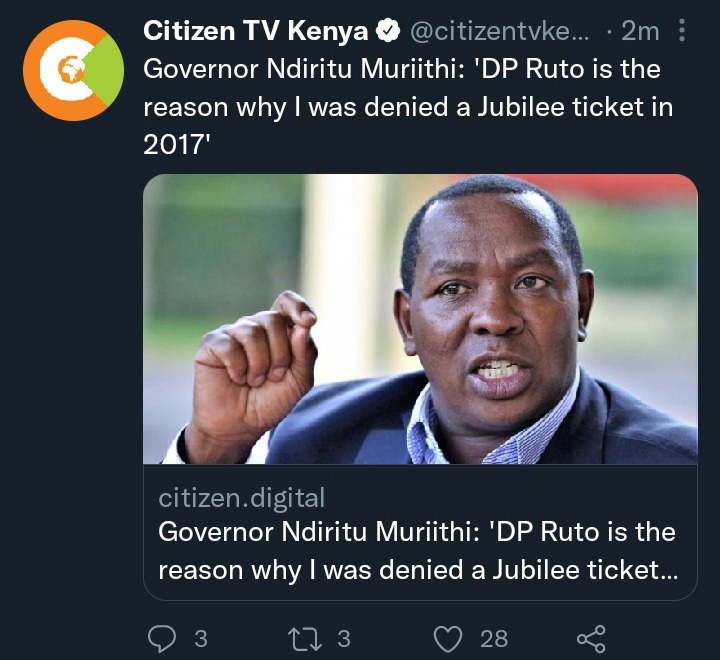 According to Citizen TV news reports, Governor Ndiritu Muriithi has stated that Deputy President William Ruto is the one who made him deny a Jubilee party ticket and maintained with the PNU ticket.

"Everyone knows who resides at the Karen office where the 2017 nominations were managed. He demanded to know why I was opposed to the folding of PNU and this is what I told him to his face: 'Look I cannot give you the permission to fold PNU because I don't own the party'...Later we saw some people being photographed saying PNU has been disbanded.

It was evident that I won the nomination, but officials told me that they were told that I should not get the ticket. The Political Parties Disputes Resolution Tribunal also found out that I had won but the ticket was given to my competitor." Gvn Ndiritu Muriithi stated.