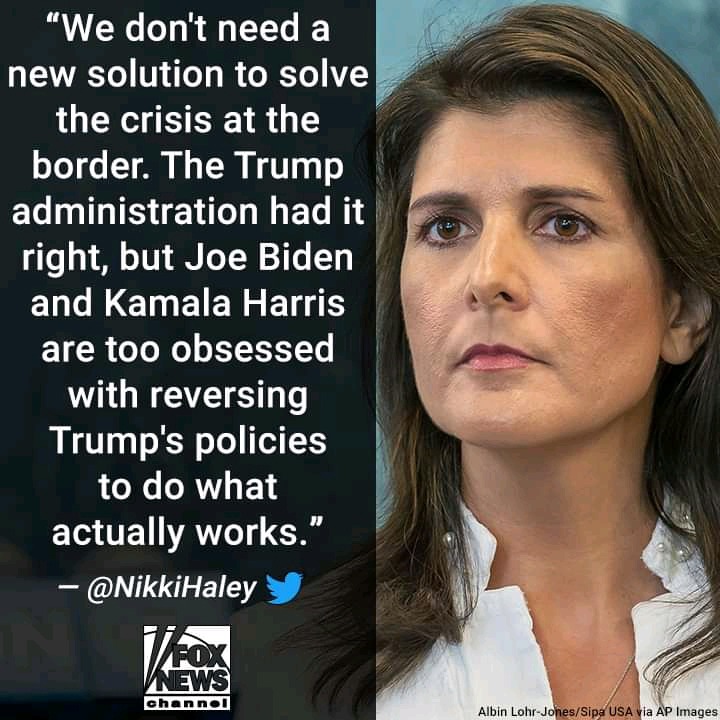 The Mexican boarder illegal immigration crisis had rocked the United States of America since Donald Trump was in office, but he had come up with a critical situation.

The Donald Trump administration had decided to erect a huge wall along the Mexican-United States of America boarder to limit the immigration.

However, his policy was not put into action as he lost the Presidential election to Democratic nominee Joe Biden and Kamal Harris. 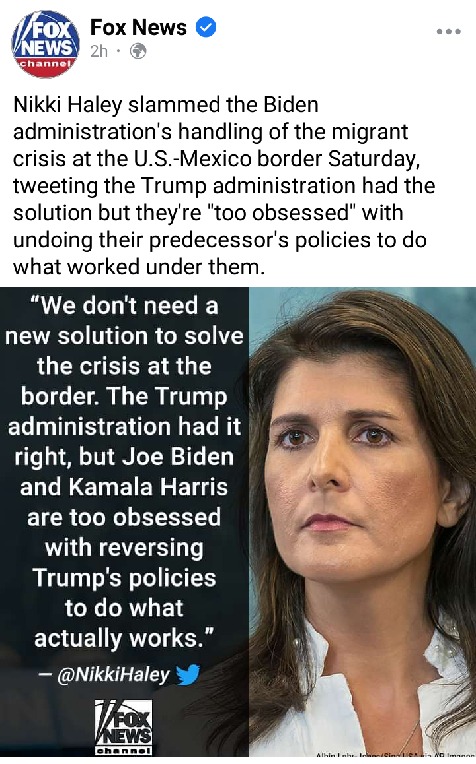 The Joe Biden's administration seem to be against Donald Trump's policy of erecting the boarder wall, a thing that has drawn too much criticism.

According to the Fox News reports, Nikki Haley has come out to criticize the current administration for trying to reverse a policy that was working.

She was quoted saying; "We don't need a new solution to solve the crisis at the boarder. The Trump administration had it right, but Joe Biden and Kamal Harris are too obsessed with reversing Trump's policies to do what actually acts."

Several Americans might disagree with Nikki Haley and others support her opinion, but the Biden's administration is always working on the interest of the people, not on personal reasons.

Watch the video of Nikki Haley's criticism on Joe Biden and Kamal Harris administration in the link below;

What do you think about the boarder crisis?

The Country That Rubs Themselves In Mud During Festival Celebration