By weldikhalifa (self meida writer) | 24 days 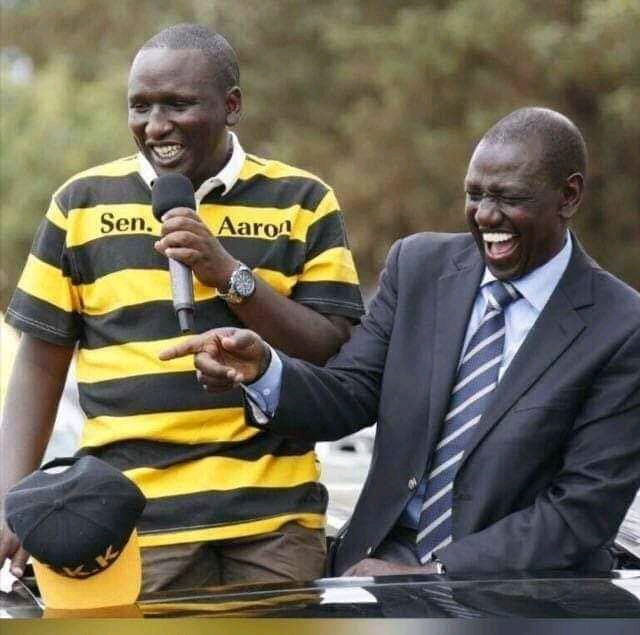 The new party in the block United Democratic Alliance(UDA) is making inroads in every part of the country. Today, the party were inducting volunteers in Kericho county who will be going round the county registering new members and spreading the gospel about the party. In attendance was the Kericho senator Aron Cheruiyot. The senator is a staunch supporter of the Deputy President and he is one of those who have vowed to sell Dr Ruto's ideologies to the masses. The new party has given the seasoned parties like Jubilee and ODM a run for their money and this was seen recently when there were mini polls in Rurii ward and Bonchari Constituency.

United Democratic Alliance (UDA) entered into a coalition with Jubilee party in the run up to the 2017 elections. The party recently re-emerged and started being active in the politics of the day. This might have been because the Deputy President and President Kenyatta are no longer in good terms as they were in their first term of governance. The party's chairman is the former Machakos Senator Johnstone Muthama who has decamped from Kalonzo's party Wiper and he even campaigned against it in the Msambweni By-elections where his candidate who was independent carried the day.

Deputy President William Ruto has openly associated himself with UDA party. In an interview with one of the leading media stations, he said that if Jubilee party does not behave, he will have to sort for another political party to use in next year's polls where he seeks to succeed President Uhuru Kenyatta. The second in command together with President Uhuru Kenyatta had merged their two parties URP and TNA so that they could form one party Jubilee. Uhuru became the Party leader while Ruto the Deputy party leader. In 2018 March, President Kenyatta and the then opposition leader Raila Odinga met and shook hands which did not go well with Dr Ruto. There existed two factions on the ruling party; those supporting the President and those for Ruto. This resulted in the removal of the allies of DP Ruto in the Parliament and Senate committees and the most recent one was the removal of Soi Constituency legislator Caleb Kositany who was the Deputy Secretary General of Jubilee party.

Some members of Jubilee party have also said that they will use UDA to run for different seat in next year's general elections with most of them being from Mount Kenya and Rift Valley region.

Big Blow to Raila Ahead of 2022 Polls as Another Principal Announces This, Ruto's Ally React