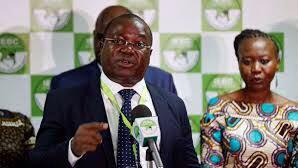 Taking to her Twitter account to express her concerns about the oncoming General elections, the renowned vocal Akombe has claimed that there's no guarantee that the elections will be peaceful due to the fact that violence was witnessed even after Msando said there wouldn't be violence.

According to the reports given by most Kenyans, they claimed that it was so unfortunate that the government is yet is yet to do something about the sudden death of the deceased despite the fact that he was a renowned government official who died under unclear circumstances.

This is happening at the same time when the former prime Minister of Kenya and Orange Democratic Movement party leader, honorable Raila Odinga along with the deputy president of Kenya, honorable William Ruto have called upon kenyans to make sure they stay vigilant ahead of the oncoming General elections which is supposed to be held in a few months time. 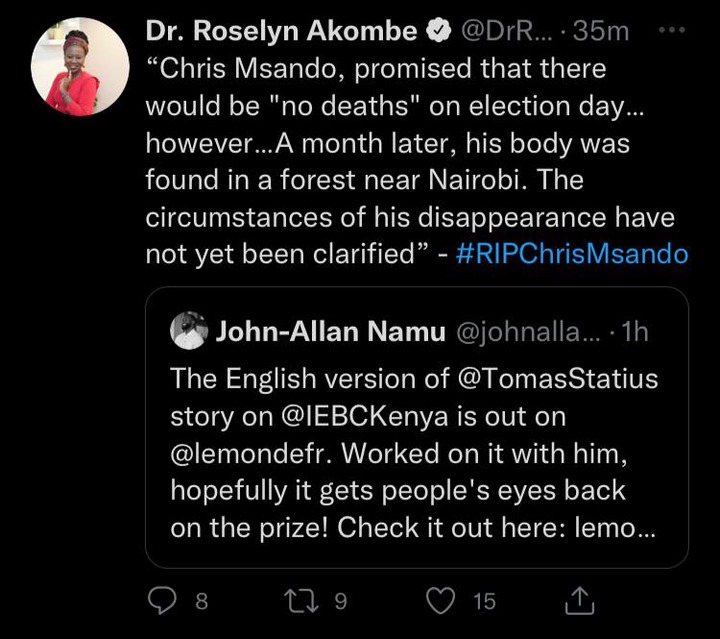 How Much It Costs To Print One Ballot Paper, IEBC Reveals

The Insane Cost Of Printing One Ballot Paper According To IEBC

The Cost Of Printing One Ballot Paper And All Of The Over 20 Million Ballot Papers For August Polls.