ANC leader Musalia Mudavadi has called on ODM leader Raila Odinga's supporters to stop waiting for him to run for president. 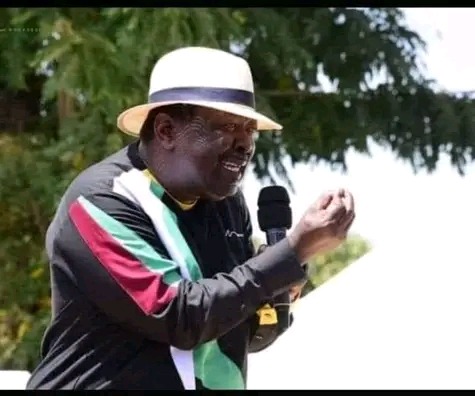 This comes at a time when Raila is considered the frontrunner in the race, with Mudavadi's principal, DP William Ruto, the main contender.

Raila is also seen trying to gain access to the Mt Kenya-rich constituency, with the clear support of President Uhuru Kenyatta, who hails from there.

But Mudavadi says the president is not trying to help Raila get a vote but is trying to mislead him into losing the election.

Speaking on Sunday, he alleged that Uhuru had told him in person that he intended to retire with Raila, and that he appeared to be doing so despite his support.

“Uhuru told me that when he retires he will retire with Raila but I have looked at him and seen that it may be true because one day when we were in Mt. Kenya I saw it was full of Kenyan fans in Kwanza Kwanza. The quake was in Kenya Kwanza, "he told Kabarnet, reports Citizen Digital.

He dismissed his controversy over allegations that Raila did not want support in Mt Kenya, despite Uhuru supporters trying to convince him he could get one of the votes.

He said the district is always Ruto's castle, and Raila spends most of his time camping there.

But this is contrary to the views of opinion and opinion; that Raila really benefits from a crowded and voting area.

They also point out that Ruto's support is declining and Raila is the winner of the polls until he was recently considered Ruto's ally.