By JerryN (self media writer) | 2 months ago

Former Orange Democratic Movement Party diehard Professor Edward Kisiang'ani has broken his silence advising controversial businessman Mr Jimmi Wanjigi to ditch the ODM Party before it is too late for the party will not endorse him (Jimmi Wanjigi) as its 2022 presidential flag bearer. 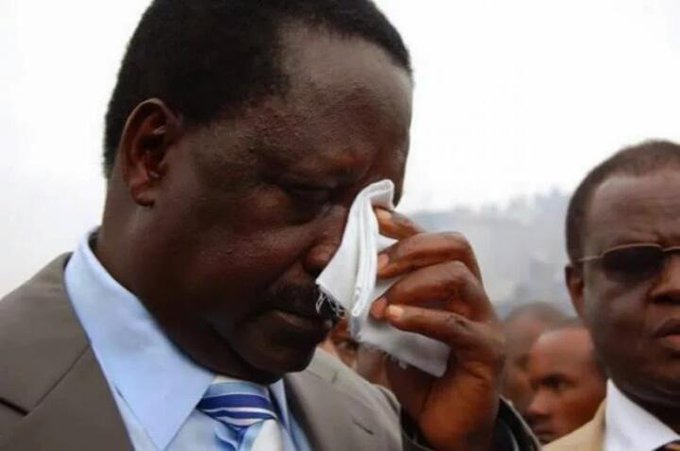 On his twitter platform, Professor Kisiang'ani has allegedly stated that Jimmy Wanjigi has been gasping for breath in the Hon Raila Odinga led ODM Party. Kisiang'ani further alleged that the ODM Party only belongs to the Former Prime Minister Raila Odinga

''Businessman Jimi Wanjigi has been gasping for breathe in ODM. I want to help him if he allows. ODM belongs to Raila Odinga.'' Professor Edward Kisiang'ani noted.

He further informed the controversial businessman that he will not get the presidency ticket for the ODM Party for he has already been stoned by the party. He therefore advised him to pack up and ditch the ODM Party before it gets worse.

''Jimi, you won't get the ODM ticket for Prezzo! You have already been stoned. Pack up and leave before it gets worse. One day u will thank me for this.'' Kisiang'ani added. 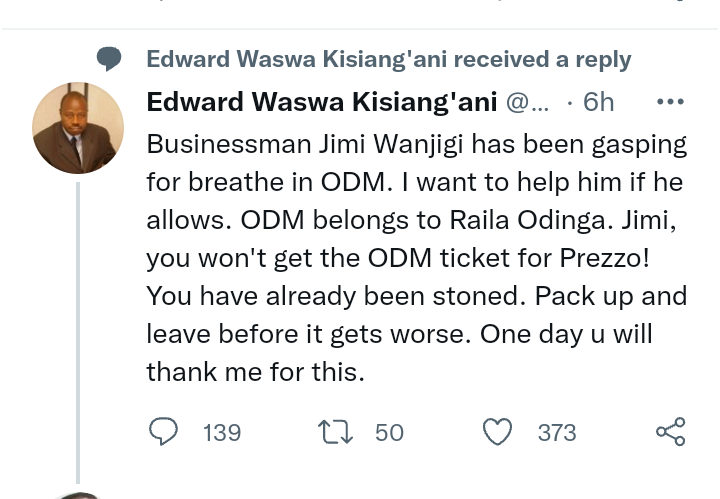 DAP-Kenya Are Just Surrogates Led By Outside Forces, Werangula Reveals

What is Next for Moses Kuria?