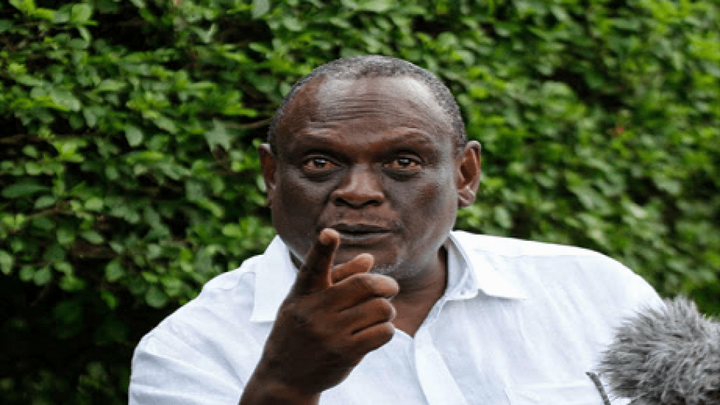 With just few months to next years general elections, will President Kenyatta and his Deputy William Ruto reunite for peaceful elections?

A number of leaders are calling on the Deputy President to dissolve his newly found party UDA as he is part of the ruling party Jubilee. The leaders also added that DP should stop challenging the failures of Jubilee after the 2018 ha shake between the President and chief opposition leader Raila Odinga.

Jubilee vice chairman David Murathe argued that the handshake between the President a d his Deputy is far from the reality. He pointed out that there are unofficial information that led to their divorce.

Mr Murathe urged the Bishops to first meet the president so as to validate why he disagreed with his deputy.

“The bishops should demand a meeting with the President to be told the reasons for their parting of ways. I'm sure there is some classified information that has informed the President's action.

For the first time, Imenti North Member of Parliament Rahim Dawood who is a close ally to President Kenyatta has resurfaced the shocking information to ODM members.

Allies of President Kenyatta also known as "kieleweke" has come out to dismiss the coalition talks with the ODM chaired by the former Prime Minister, Raila Odinga. Rahim is part of the who said that he is not aware of the agreement for the two parties to merge ahead of next years' polls.

"I am not aware of the ongoing talks on coalitions between my party( Alliance Party of Kenya), Jubilee and ODM," Dawood said.

This is a bad indication to Raila's party as the President had planned to endorse him after a series of meeting between the two. One of the meeting was on Mombasa where the President was on pressure to the former NASA principals to rally behind Odinga.

" Wewe Bado Kijana" Raila to Get Support from The Rulling, Reveals Whom The State Had Endorsed

William Kabogo Takes Fight With Martha Karua, Cries Foul After Being Left Out of 2 Crucial Meetings

Manyora Sends a Stern Warning To Raila Over DP Ruto's Presidency, Reveals Why He Is The Chosen One