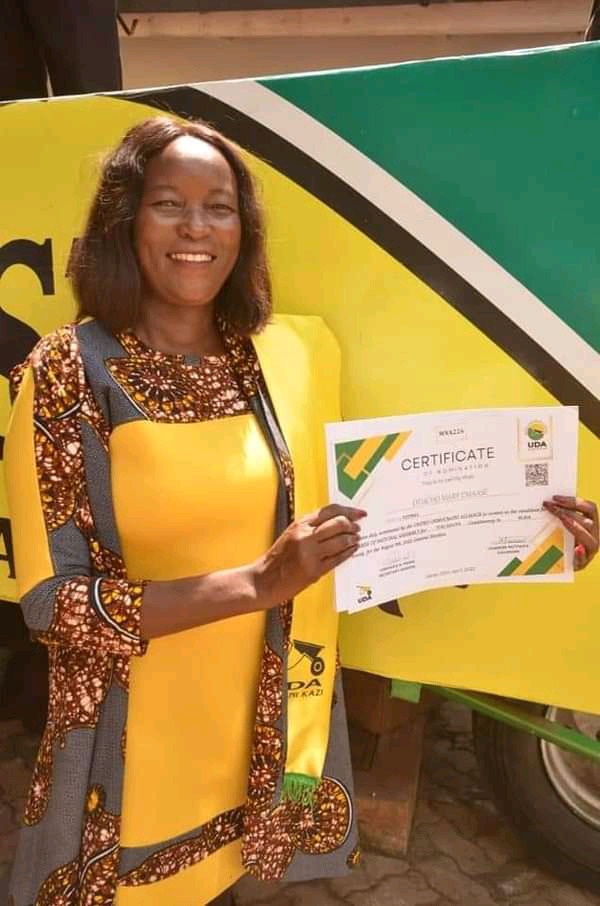 After spending the last five years in the cold, former Teso South MP Mary Emase is facing an acid test in her quest to make a comeback come the August 9 general election.

With the UDA party ticket secured without too much sweating, the former legislator hopes to cause an upset in Teso South MP race. But her choice of the political vehicle could be her biggest undoing.

In a region where ODM party enjoys a huge following, her links with Deputy President William Ruto will surely prove to be her biggest political undoing if she is to clinch the seat.

With the incumbent MP Geoffrey Omuse having ditched ODM to vie as an independent candidate, Emase should have taken advantage of this to join the Raila Odinga-led outfit.

Even if she was not to join ODM, she would have joined another political outfit allied to the Azimio la Umoja One Kenya Alliance. But with her UDA, she will struggle to convince the electorate to give her another chance to serve them as an MP.

In 2013, she had defied all the odds to win the seat on a URP party ticket. This officially introduced her to politics. But in 2017, the very people who voted for her five years earlier turned against her. Her choice of Jubilee Party as her political vehicle was enough to sink her.

Unless miracles happen, she will find herself in an awkward political position come the August 9 general election. By refusing to dissociate with UDA and embrace ODM, Emase has a mountain to climb.