Were Kikuyu Elders Paid to Endorse Raila on Saturday? Here is The Truth 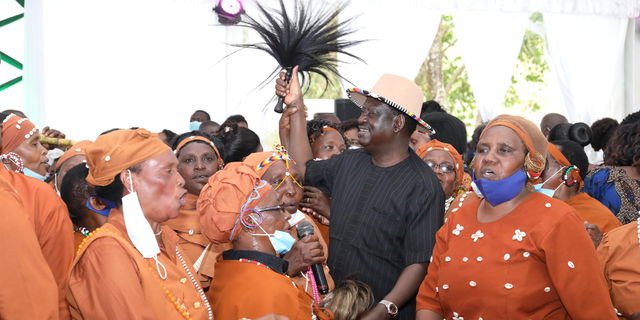 Kikuyu Council of Elders Chairman Wachira Kiago has spoken on the spreading claims that his team was paid to visit ODM leader Raila Odinga's Bondo backyard on Saturday.

Kiago on Saturday led a team of over 300 elders to Kang'o Ka Jaramogi in Siaya, where they also blessed and endorsed Raila as their preferred presidential candidate for the 2022 elections.

He has admitted that the action has been taken the wrong way by some people, some of whom are now claiming that they were paid to endorse Raila.

However, in an interview with The Star on Monday, he rubbished these allegations, daring those with proof that money changed hands to table their evidence.

“There are several claims on social media that we were paid to endorse Raila but it’s false. We were trying to unite Kikuyu and Luo communities for the sake of peace. Those claiming that we were paid should produce evidence,” he is quoted. 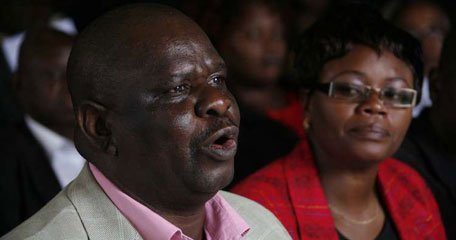 This comes at a time when he is now facing a possible suit, after a separate team of elders led by Samuel Maigua, came out to claim to be the real Kikuyu Council of Elders.

Speaking to the same paper, Maigua, who says that his team was registered in 2010, stated that they will be suing Kiago for wrongly using their title.

"This group was registered by the late Njenga Karume who was the first chairman in 2010. Our sole mandate is to unite the community. We are contemplating all means including going to court to sue Wachira Kiago of misusing our name,” he said.

While denying the allegations, Kiago urged Maigua to first reach out to his office before going to court, warning that a hasty move to court could further divide the already divided Mt Kenya region.

Kiago noted that their group is the real one, adding that they even have a registration certificate as proof.