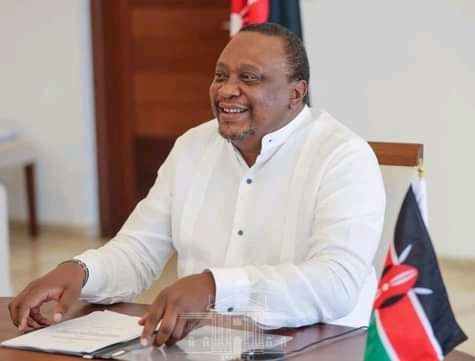 Like him or hate him, President Uhuru Kenyatta is slowly by slowly confirming to the whole world that he is a tactical political operator- the man you cannot just wish away in the run up to the next general election.

A Johnny-come-lately into the Kenyan politics, the Head of State has nonetheless mastered the game very fast. With the help of his political mentor the late President Daniel Arap Moi, Uhuru is no longer the political toddler of 2002 that was whitewashed by opposition candidate Mwai Kibaki. 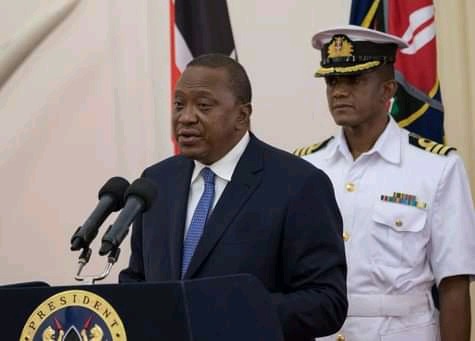 President Uhuru Kenyatta in a past function ( Photo Courtesy)

The following four moves have defined Uhuru's political career and have elected him to his current position as the country's fourth President:

1. Against all the odds, Uhuru teamed up with ODM the then cabinet minister in the President Kibaki administration to defeat the draft constitution.

It is worth to note that Uhuru is one of the founder members of ODM, the now powerful political party that is headed by Raila.

Somehow, his decision to team up with Raila would mark the turning point in his political career, something that went Kibaki's camp into panic.

2. Teaming up with Kibaki against Raila: Then serving as the country's opposition leader, Uhuru left his role to back Kibaki's re-election after making a sudden U-turn to server ties with the ODM leader.

It was that move that endeared him to Mount Kenya region voters. As such, upon Kibaki's retirement in 2013, Uhuru easily inherited the vote-rich bloc.

3. Entering into an unlikely political deal with Ruto: 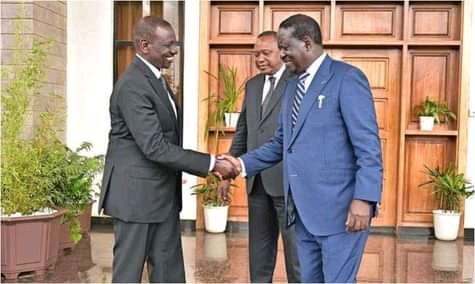 Against all odds, Uhuru signed a political pact with Ruto in the run up to the 2013 general. It is a move that baffled many given the duo's bad bad.

It was Uhuru's surprise move that delivered him the presidency. And yes, his calculation was spot on, confirming his political genius.

4. Throwing his weight Raila as his successor: Perhaps this is the "mother" of genius moves that the Head of State has ever pulled. Imagine Uhuru supporting his 2013 and 2017 bitter rival for President. No one saw this coming. But it was Uhuru's surprise 2018 handshake deal with the former Prime Minister that cemented his reputation as a smart political operator.

Opinion: 2 Presidential Hopefuls That Are Likely Going to Join Ruto in 2022 As These Emerge.

Wanjigi Swears To Take On His Party Leader At The Nominations