By KENYAN.NEWS..UPDATER (self meida writer) | 1 months

The ODM party led by the secretary general Edwin Sifuna has threatened to reconsider the handshake and their relationship with Jubilee party led by Uhuru Kenyatta after receiving a harsh treatment from Police officers today in Bonchari Bi-elections.

According to Edwin Sifuna, ODM felt intimidated during the Bonchari' Bi-elections that took place today. 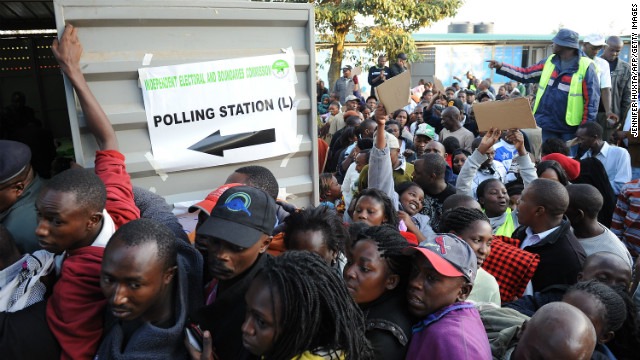 (PHOTO COUTERSY: Voting from a past event)

There was reports of harsh treatment from some agents of ODM and even some ODM youth leaders were allegegly arrested by the heavy police security which was allegedly deployed by the Deep-state. The youths were then detained in police Cells.

This seems to have disappointed ODM members as pointed out by The ODM Secretary general Edwin Sifuna. 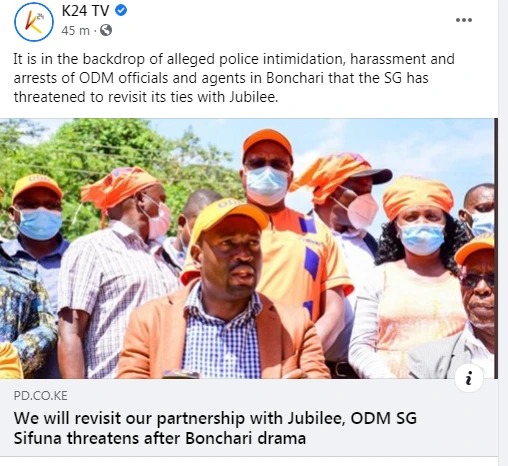 ODM feels dissatisfied as dipicted by ODM Secretary general and many other ODM members who allegedly think the Deep-state deployed the police to harrass members of ODM in Bonchari constituency.

Going by the threats offered by ODM, the handshake may be in danger of receiving a setback incase ODM decides to revist their relationship with Jubilee as said by Sifuna and finds out something does not materialise somewhere.

This may be a big win to William Ruto as the two strong parties may not unite against him since they will have parted their ways. 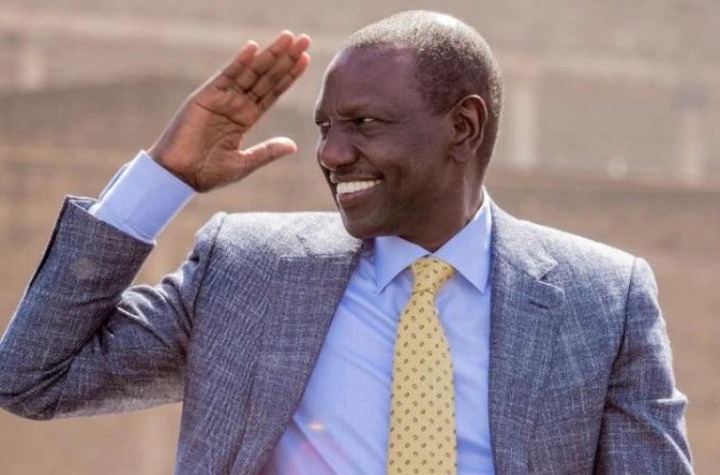 He will then have a great opportunity to fight to the throne without facing many difficulties as the ones he currently encouters from the handshake.

“The Whole World Will Come After You When You Make Violence in 2022,” Kalonzo Fires Back at Critics