By Andriel (self media writer) | 3 months ago 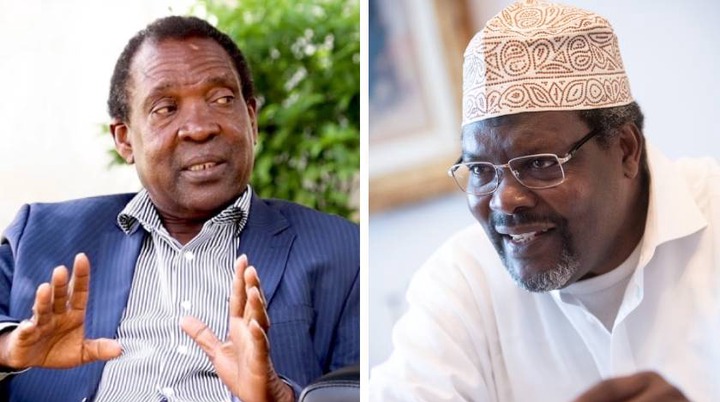 Prof. Herman Manyora, a lecturer and political analyst at the University of Nairobi, and Miguna Miguna, a Kenyan lawyer working in Canada, are engaged in an online conflict originating from the choice of Ugenya Member of Parliament David Ochieng to abandon Azimio for Kenya Kwanza.

The battle began with a debate over the repercussions of Ochieng's choice and the future of Luo-Nyanza politics after the reign of Raila Odinga.

"Thank you, David Ochieng, for introducing Luo Nyanza aboard the MV Kenya Kwanza," wrote former president of the Law Society of Kenya, Nelson Havi, to spark the topic. "Enough is sufficient." 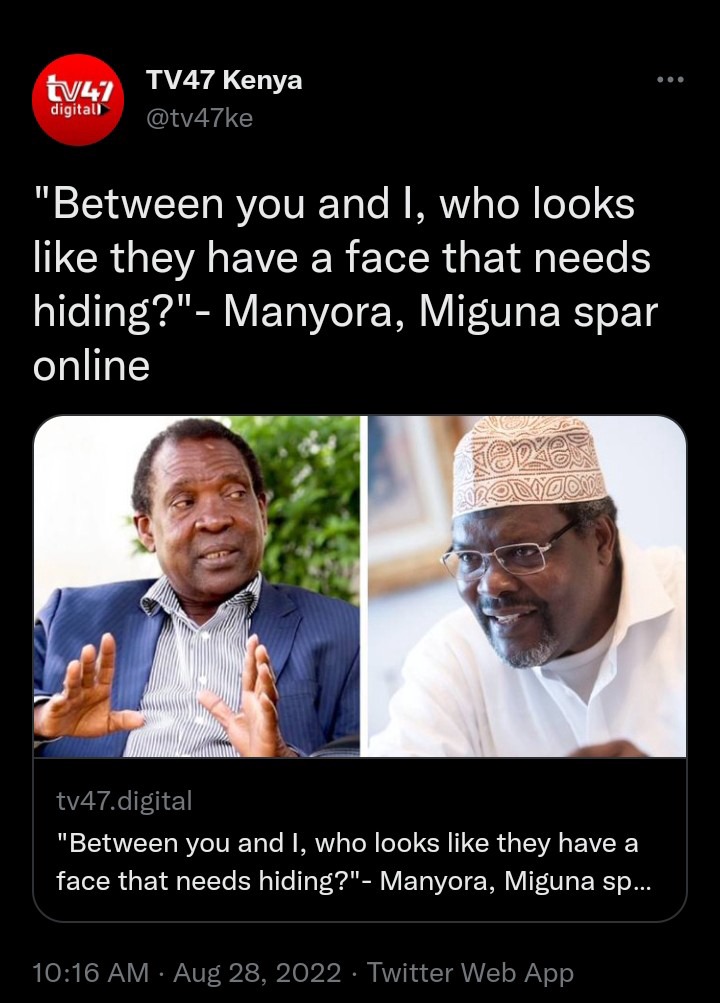 Former presidential candidate Dr. Ekuru Aukot agreed with him, describing Ochieng as "the next great leader of Luo Nyanza."

Prof. Manyora said, arousing Miguna's interest, "No one who has attempted to betray the Luo Nation has ever succeeded." History demonstrates that it has never worked.

Miguna responded to Professor Manyora by stating, "Unlike you, I do not speak for the Luo Nation."

Miguna asserted that the ODM leader utilized the Luo Nation as "a bargaining chip to amass immense wealth for himself."

The two became increasingly antagonistic during the discussion.

Manyora: "I did not claim to represent the Luo people. I claimed I'm Luo. Who, however, can address a crowd of uji drinking Luos at Kondele, if not you or I?"

Miguna: "Manyora, you can't even address first-grade students at your children's elementary school, and you're exposing your mediocrity by being here. Go and cover your contemptible face."

Who among you and I appears to have a face that requires concealment?

This final retort was derived from a remark made by former U.S. President Abraham Lincoln during a debate with Stephen Douglas.

Douglas had charged Lincoln with having two personalities. Lincoln, who did not fare well in the looks department, asked, "If I had another face, do you think I would wear this one?"

Woman Likely To Be Divorced After Turning Off The Tv As Husband Watched The World Cup.