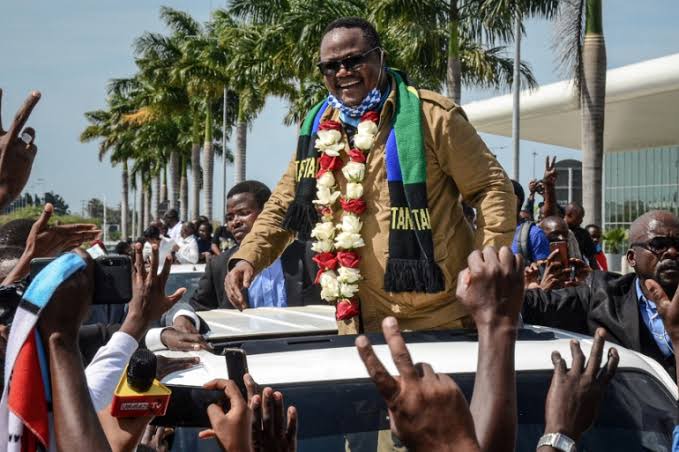 Fiery Tanzanian opposition leader Tundu Antiphas Lissu who is currently domiciled in Belgium where he sought political asylum has for the first time addressed Samia Suluhu's growing popularity amongst the country's citizens.

Such patriotic tendencies have been attributed to her growing popularity however, the former presidential candidate has warned his countrymen against their unwavering support to Suluhu's government at this early stages of being in power.

Lissu supported his opinion with concrete historical evidence that has surrounded other occupants of Tanzania's highest political office.

Lissu asserted that Tanzanians have been tricked using similar way by past regimes ranging from Mkapa's ascension to power in 1995 then kikwete came in 2005 followed by the late Magufuli.

Even as Lissu see's several red flags in president Suluhu's growing admiration, thousands of the country's citizens have been camping on social media platforms to uplaud and urge their first female president to keep the fire burning. 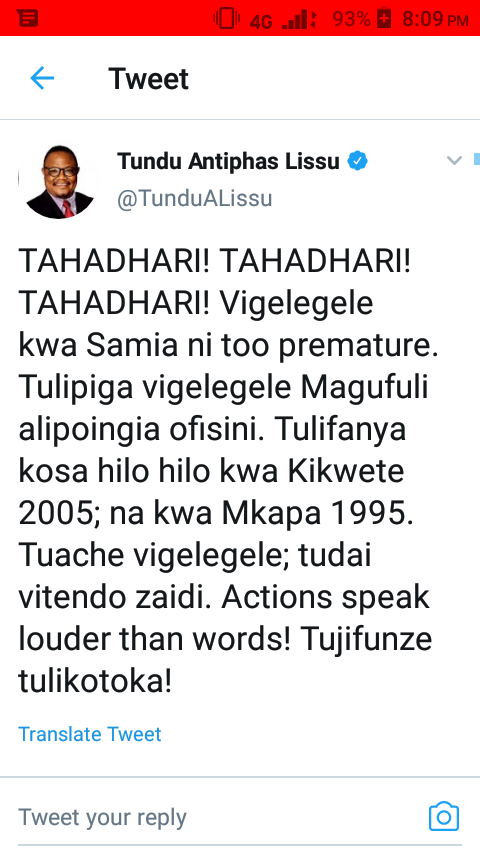