The vocal Kiharu Member of parliament hon Ndindi Nyoro has made a revelations about his relationship with former President Mwai Kibaki during the Deputy President William Ruto's Rally in Othaya, Nyeri County.

While speaking in Kikuyu Language, Ndindi Nyoro Revealed to the Othaya residents that they borrows the economic ideas from retired president Mwai Kibaki. Nyoro said that the economic models that he shares through the Local Television, Inooro Tv are from Mwai Kibaki. He said that Kibaki is his Mentor as well as his role Model.

Others leaders who spoke to the residents including the Kikuyu Member Of Parliament Hon Kimani Ichungwa hailed President Mwai Kibaki and cited that the Hustler Nation Government will revive the economy as Kibaki did. They said that the Deputy President William Ruto is the best person fit to continue Kibaki's good legacy on economic development.

Ruto is camping in the Mt. Kenya region as he seek to consolidate the vote rich region in his favour ahead of the upcoming general elections in 2022. Ruto's visit in Nyeri comes few days after the Orange Democratic party Leader Raila Odinga concluded his Azimio La Umoja conference in the Same region. 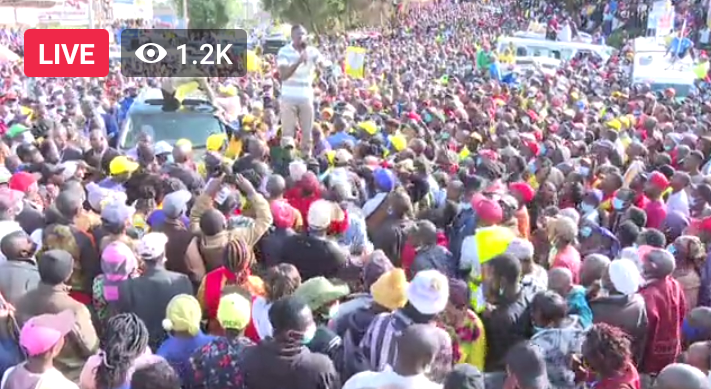