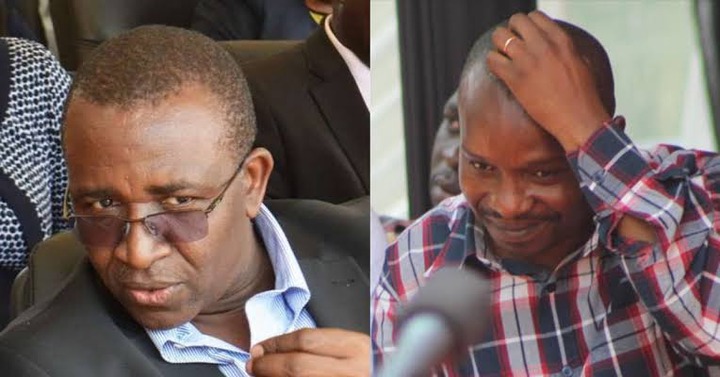 The deputy president and the Kenya Kwanza presidential flag bearer announced his running mate whom they will be working with ahead of the August 9 general elections. The second in command's come merely a day before the deadline day as announced by the electoral body (IEBC). 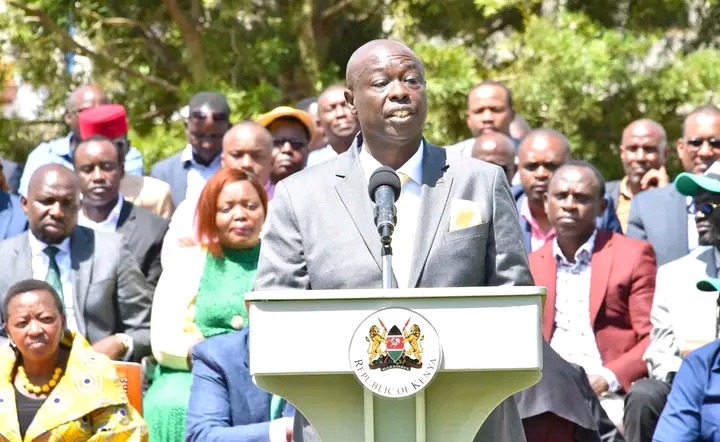 In a decision that was arrived at after seventeen good hours of consultation and discussion saw the team settle of Mathira member of Parliament Rigathi Gachagua.

The lawmaker was therefore unveiled on Sunday at the Karen residence and several Kenya Kwanza members attended, excluding Kithure Kindiki who became the first runners up. 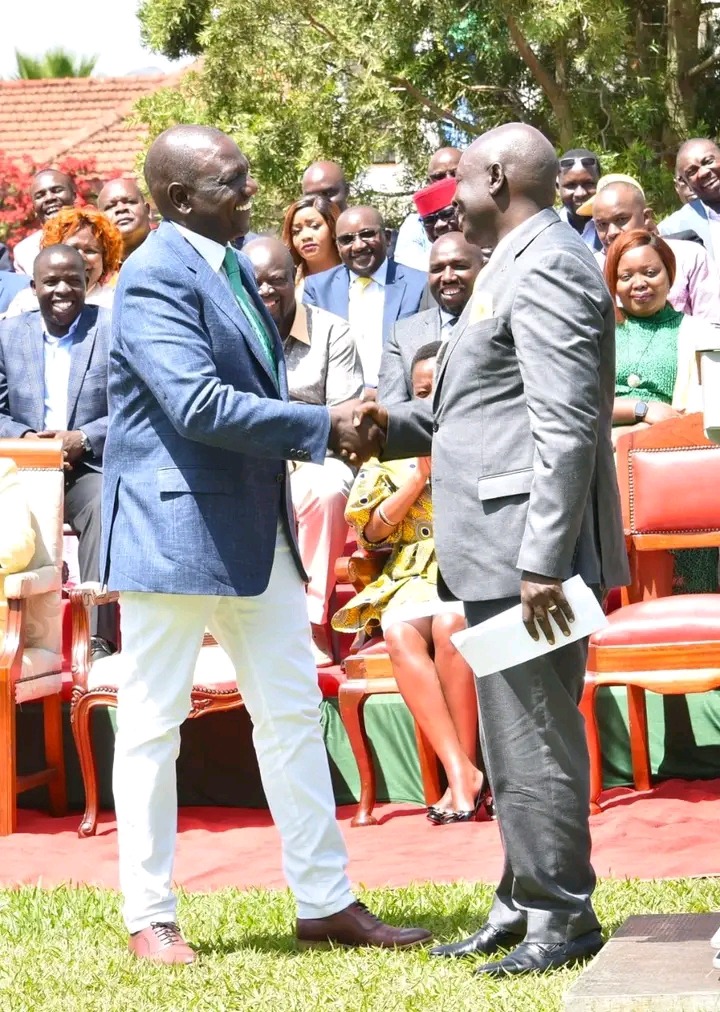 With the decision angering some of his supporters especially from his home county Tharaka Nithi, the senator went ahead to react after the announcement where he exersiced his integrity and accepted the coalition decision.

Kindiki said that he was happy of the decision by other members and also applauded those who supported him throughout the journey. He however said that he will be releasing his official statement to the public today. 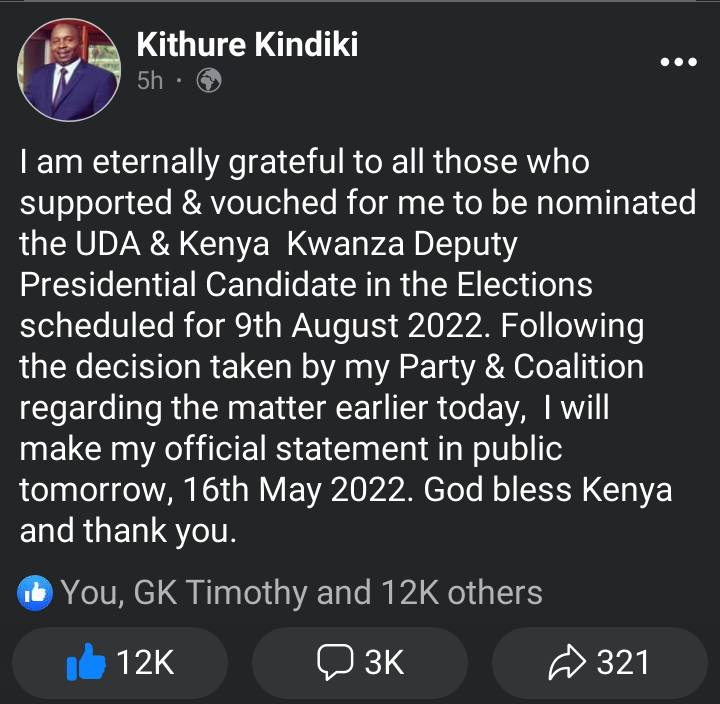 His counterpart Meru county senator and the UDA gubernatorial aspirants Mithika Linturi also reacted to the same, thanking the second in command for the honour and trust of giving him the position to lead and coordinate campaigns in Meru County.

The senator also said that he is happy that the DP prefered a running mate from the mountain region. 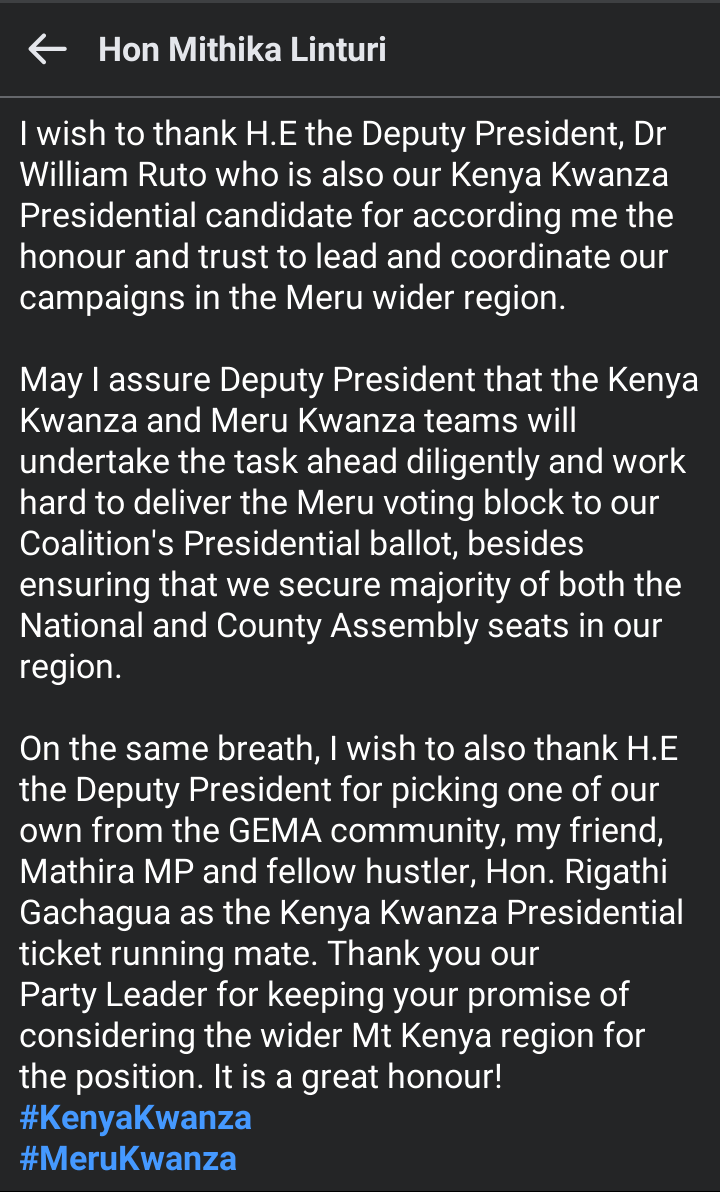