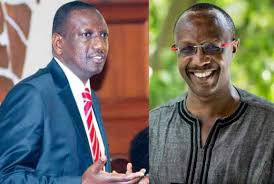 The deputy president William Ruto will be making his first stab at the presidency in next year's general election set to be held on August 8.

He is likely to face his nemesis ODM leader Raila Odinga who will be trying his luck for the fifth time.

Having fallen out with his boss, Ruto has already hit the ground running whereby he constantly meets leaders and representatives from various parts of the country.

Yesterday, he hosted youths from the former north eastern province at his official residence in Caren Nairobi.

He urged them to join his Nationwide movement that seeks to transform the lives of the common mwananchi through Bottom-up Economic model.

As part of Preparations to capture power, the DP has brought on board top brains comprising of economists and professors to help fine-tune his economic model.

According to daily nation, top on the list is economist David Ndii who formerly worked with Former prime minister Raila Odinga. Ndii is remembered for agitating for secession after the 2017 disputed election.

Others in Ruto's inner circle are Raphael Munavu, Dr A Asaga and professor Ben kisiangani among others.

The inner circle of any government plays a critical role in advising the leader on proper policies to put in place so as to deliver.

The move by DP Ruto to craft a team for his 2022 race isn't a new development in Kenya as this clearly indicates that he is a good student of former presidents Daniel arap Moi, mwai Kibaki and even his current boss Uhuru Kenyatta.

These together with other Political players like Elgeyo Marakwet senator kipchumba murkomen, mathira MP Rigathi Gachagua and kikuyu MP Kimani Ichungwa will play a great role in Ruto's campaigns.

It now remains to be seen whether the deputy president will manage to ascend to the house on the hill with all the opposition he is facing including from his own boss.

Do you think the DP has a winning team? Feel free to share your thoughts and comments on this on our comments platform. 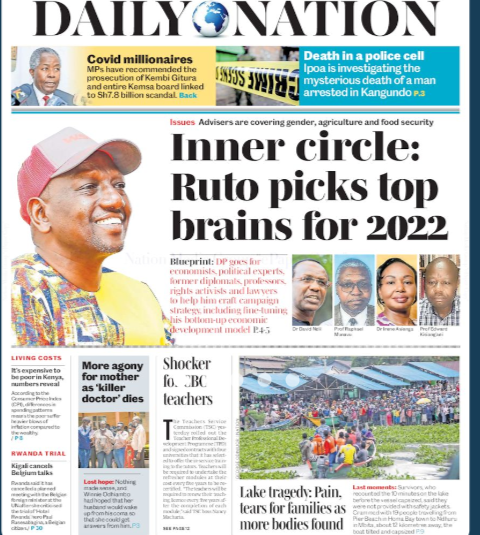