In an exclusive interview with Inooro TV, Waweru said Kenyans should get ready to vote for or against the Constitution of Kenya (Amendment) Bill, 2020, in the next 3 or 4 months. 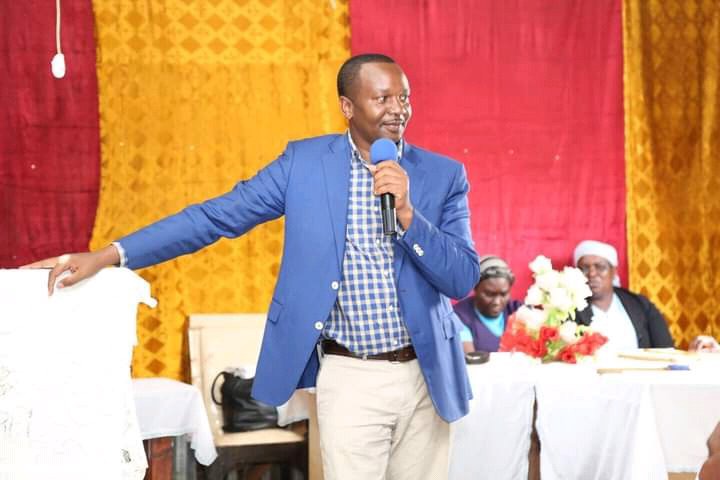 "Majority Leaders in both Houses of Parliament have confirmed to me that next week they will debate on the BBI. That means by July or August we will have a referendum," he said.

To add weight to the importance of the document, Mr Waweru also penned a special message on his Facebook page making Kenyavs aware of the economic importance of BBI and how the next government will use it to salvage the collapsing economy as shown in the screenshot below. 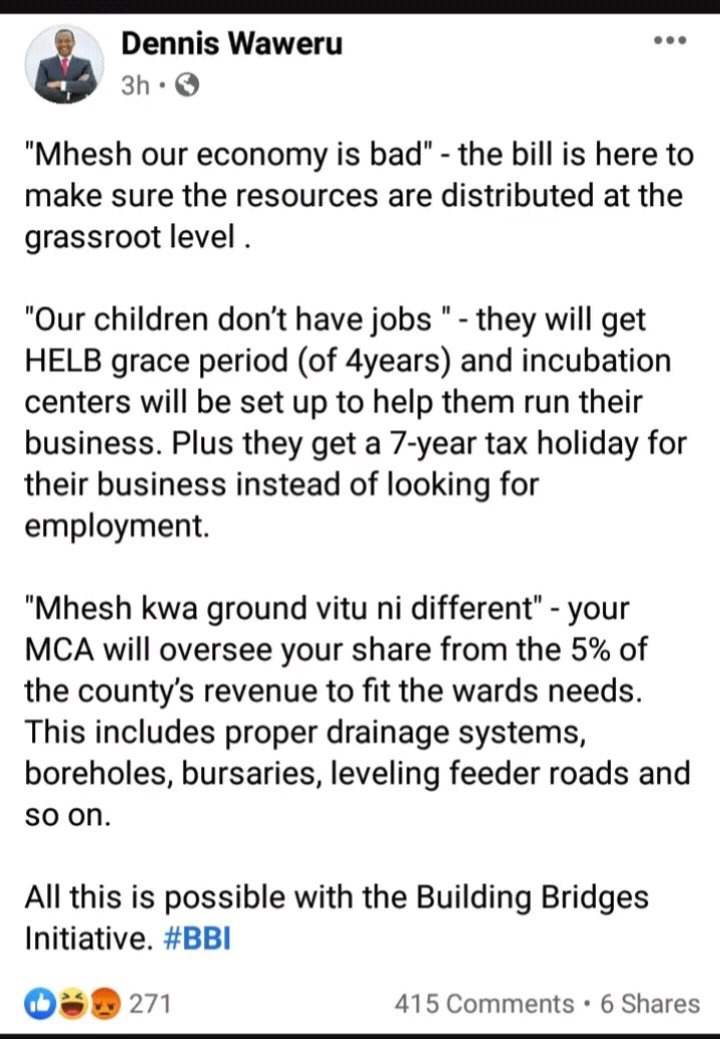 Former Dagoretti South Member Of Parliament, who is also the Building Bridges Initiative Report(BBI) steering committee Co_ Chairman Dennis Waweru has revealed that the problems within the handshake are emanating from the issue of new Constituencies allocation. Waweru was speaking at Inooro TV on Wednesday Morning and hosted by Kamau Kang'ethe.

The Building Bridges Initiative has suffered a setback after it emerged that the majority of county assemblies passed the wrong document. 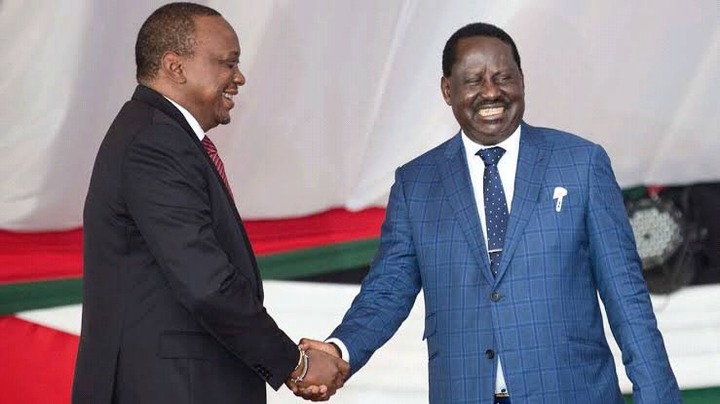 The Joint Justice and Legal Affairs Committee on April 20 revealed that only 13 counties received and passed the correct version of the document.

Trending Now: Stuart Baxter Is Linked With A Move Back To Kaizer Chief

Finally, DP Ruto's Position On BBI Is Revealed By His Close Ally