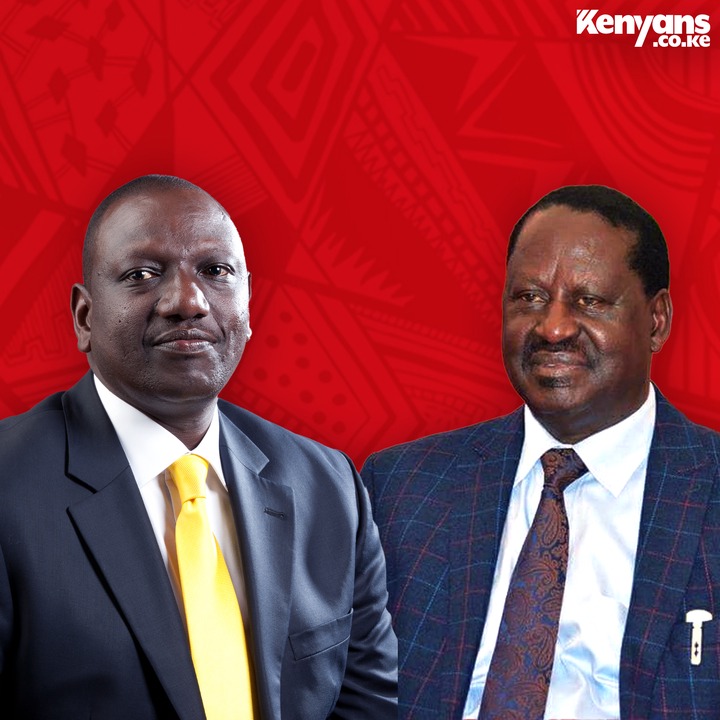 Popular Mt. Kenya Lawyer Wahome Thuku has come out to Allegedly confirm that the deputy president William Ruto has made deep Inroads in the Mt. Kenya for the last four years and has established strong Foundation which cannot be demolished.

Wahome cited that the strong foundation presence for the deputy president William was actually build by president Uhuru Kenyatta. He said that the Second in command has been campaigning in the Central region consistently for four years.

He went ahead to say that the foundation that Ruto has created within that period is so strong that even president Uhuru Kenyatta can't demolish that depth adding that He can only shake it.

However Wahome credited the Orange Democratic Party Leader Raila Odinga citing that for the only two visit he has made on the region , he is able to gain unimaginable acceptability. He said despite Ruto influence in the region, Raila Odinga will be able to Garner 30% of the total votes from the region which will be a big achievement.

Ruto who is camping in the Mountain gained significantly after the Nyeri Governor Mutahi Kahiga and the Tetu Member of parliament de Decamped Jubilee for his United Democratic Alliances. This comes few days after the Laikipia Women representative Cate Waruguru also joined his camp. 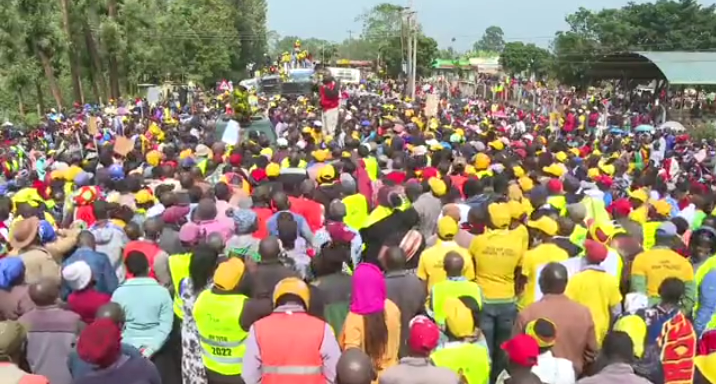 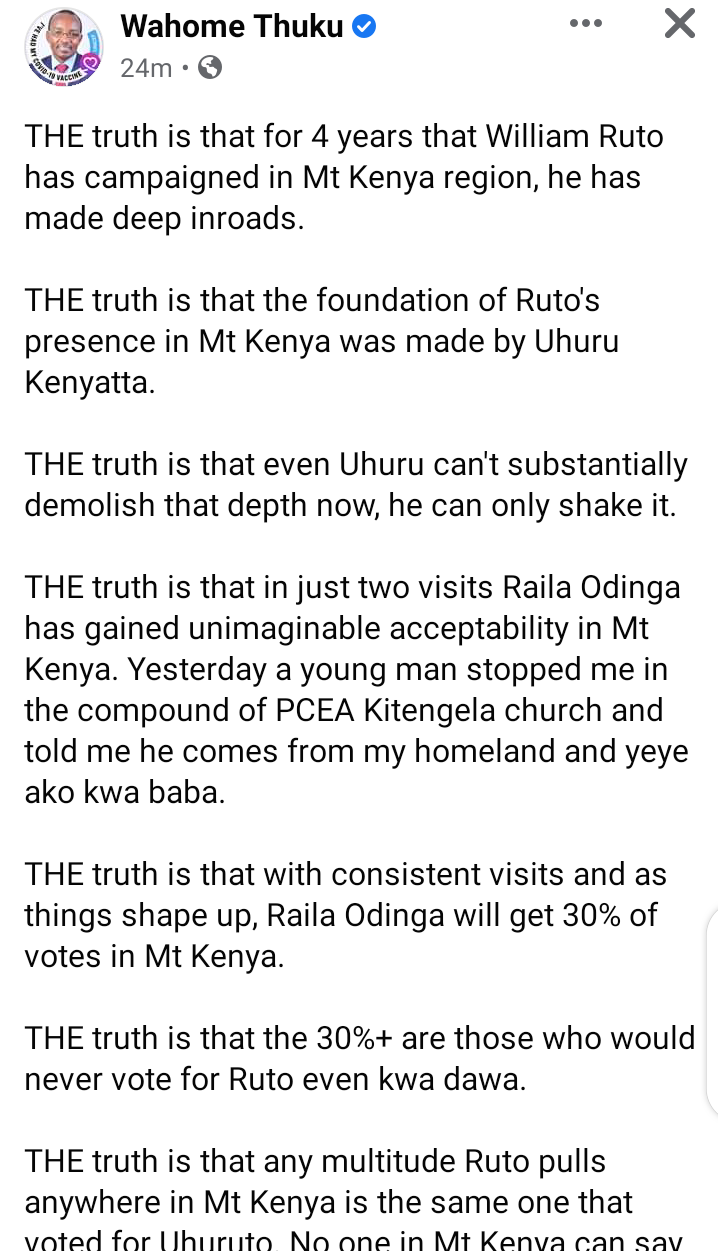 ATWOLI: I Said In 2014 That Ruto Will Not Be The Fifth President Of Kenya & That Will Not Change