The Ford Party has this Thursday 4th held it's National Delegates Conference in which Moses Wetangula was pronounced the party's leader and Presidential flag bearer. 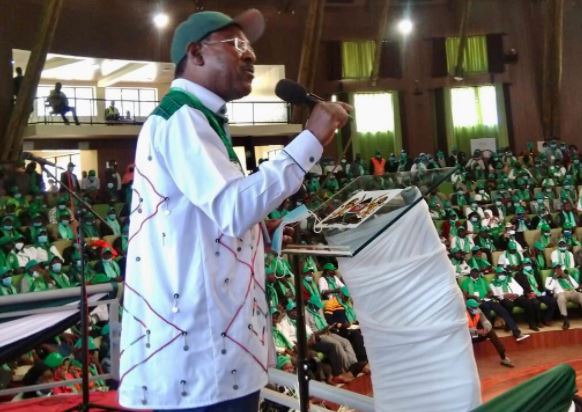 In his appreciation speech,the Bungoma senator thanked his party for entrusting him with the mantle to lead the giant party.Amidst numerous promises made by different presidential aspirants,Wetangula has promised to prioritize the welfare if single mothers.

“If Ford Kenya is given mandate to fly the OKA flag in 2022, my government will put more focus and attention to single mothers and ensure they enjoy their rights as any other mothers by giving bursaries to their children,” the party leader said. 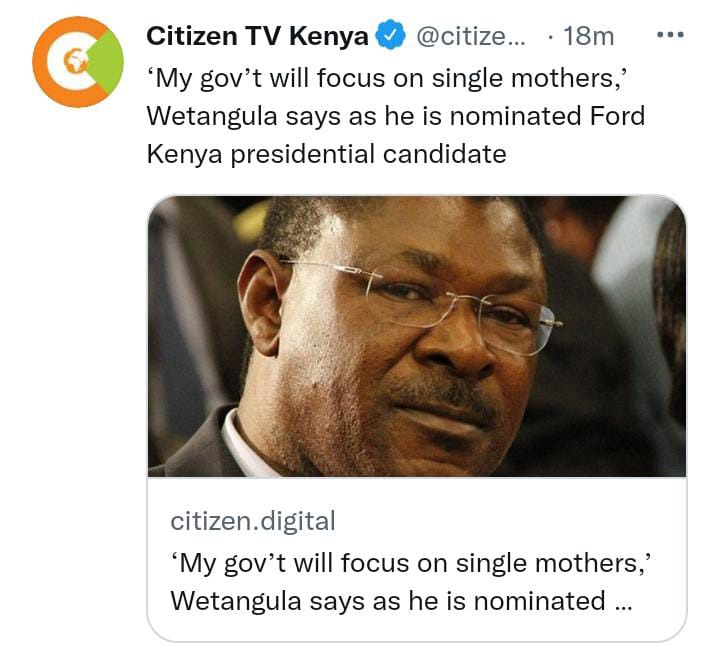 He further urged his fellow OKA principals to allow him fly the coalition's flag in the forthcoming elections.He promised to be a humble leader who shall always listen to the voice of correction."What I don't know,I have a duty to learn from you."he said. 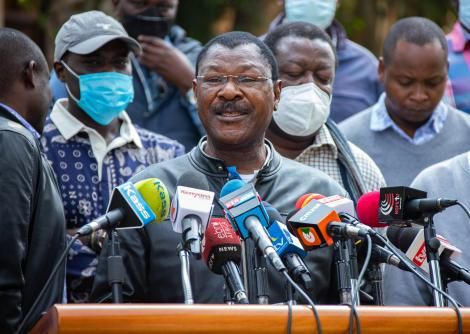 Wetangula and the faction that supports him in the Simba party went ahead with the conference despite the Political Parties Tribunal ordering them not to.The event witnessed some mayhem early today which saw one person being short.His opposer led by Kandunyi MP Wafula Wamunyinyi have vowed to contest the decision of the NDC.The event was graced by his fellow OKA principals among other leaders.

Content created and supplied by: Jay✨ (via Opera News )

'Kamene Goro Is My Babe, She Has A Boyfriend' Jalang'o Denies Allegations On Dating His Co-host

"Kamene and I are not dating,"Jalas refutes the rumors.

Kamene and I are not dating, otherwise we won't even be working; says radio host Jalang'o