By MaleBee# (self meida writer) | 1 months

President Uhuru's second and last term is just a stone's throw away. Having been in power for 9 years, Uhuru has found himself in a political dilemma having accommodated his new handshake partner Raila and his long-term deputy William Ruto. With both Ruto and Raila clearly showing signs of succeeding Uhuru, the game of numbers will play a big role. 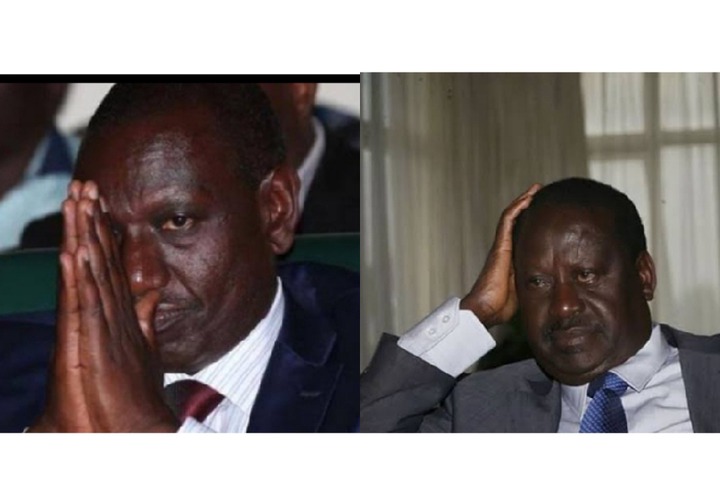 With Raila being seen as the key candidate in Uhuru's succession matrix, he is not leaving anything to chance as his two deputy party leaders have dropped their ambitions to back him. Handshake team is puting its house in order as with time they will be ready to face Deputy President William Ruto come 2022.

Dp Ruto having a huge support base in Rift valley, he will need to pick his running mate from Central Kenya to get overwhelming support from the region. Having slightly made inroads to Eastern Kenya, he still needs Western Kenya to win 50+1 in the first round.

ODM boss, on the other hand has enjoyed the support of the region for years, by 2022 it will be a battleground for both Ruto and Raila. Here Musalia Mudavadi will be at the center stage and if he won't vie, his endorsement will automatically place either one of them on the winning side. 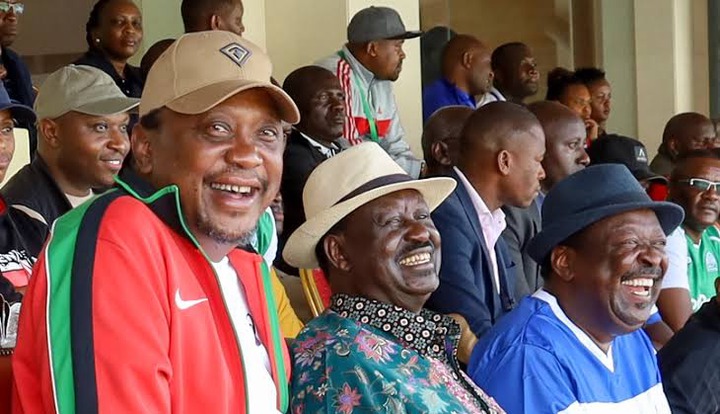 According to political analyst Herman Manyora, Uhuru's suprise candidate could be among Gideon Moi, Mudavadi or Raila Odinga.If Uhuru opts out and instead endorses his handshake partner Raila Odinga for the top seat, Ruto and Raila will still need Musalia as he is neutral across the divide. He blends well with almost all the communities and this means he will bring a huge chunk of votes from Western, Central Kenya and across the country.

With Ruto vying the first for presidency, he will need a leader who is neutral across the divide and will not be seen as a threat to other communities. Musalia having sided with President Uhuru, last month he shocked many when he was the only leader from handshake the team to attend June Ruto's wedding who is the daughter to Dp Ruto. This move sent signals that Mudavadi does not hold political grudges and he is a sober leader who will play a big role come 2022. 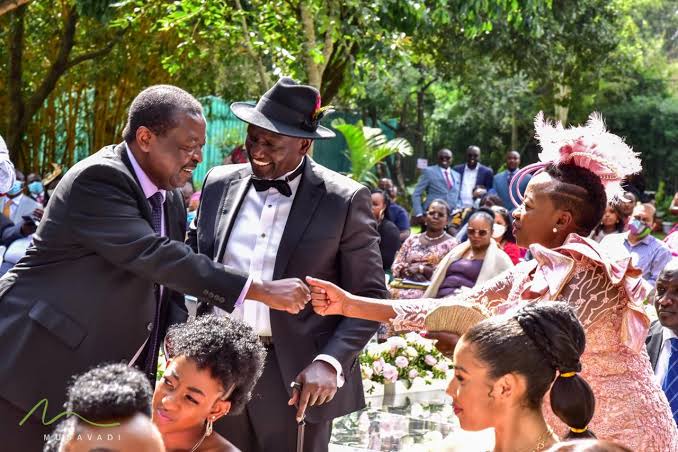 So the big question is, which side will Musalia Mudavadi lay his hand on between Raila and Ruto? Share your thoughts below

"Plz Forgive Me And Come Back ", Kenyans Reacts After Grand P Apologizes To His Girlfriend To Come Back