By Hustler.com (self meida writer) | 1 months 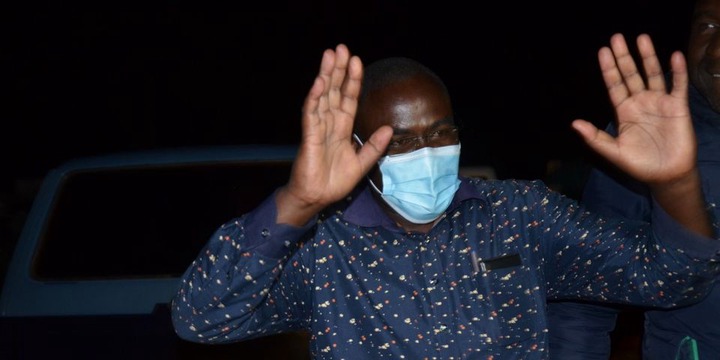 Francis Muraya of the United Democratic Alliance Party (UDA) has emerged victorious in the hotly contested Rurii Ward by-election which was held on Tuesday.

In the results released by the Independent Electoral and Boundaries Commission (IEBC), Mr Muraya garnered 4,178 votes beating his close opponent Peter Thinji of the Jubilee Party who came second with 3,051 votes.

Mr Muraya was declared the winner by the IEBC Returning Officer Agnes Wanjiku.

The seat fell vacant following the death of John Mburu wa Maria who succumbed to cancer in January this year.

In his acceptance speech, Mr Muraya promised to unite the people of Rurii.

"My first assignment will be uniting the people of Rurii and completing the work which was left by my predecessor," said Mr Muraya.

The mini poll turned into a contest between Governor Francis Kimemia and Woman Rep Faith Gitau, who is seeking to capture the county's top seat in next year's general elections.

Ms Gitau who joined Mr Muraya at the PECA Rurii Church hall said the contest was between the Hustler Nation and the Deep State.

"The people of Rurii have spoken and they have decided that it is Muraya who they want to be their MCA. We are urging the county government of Nyandarua to support him in delivering to the people of Rurii," said Ms Gitau.

Ms Maina said Mr Muraya, who is the second UDA MCA after London's Nzuki Wachira, will take over as the Leader of Minority in the County Assembly of Nyandarua which is dominated by Jubilee MCAs.

The voting exercise had earlier on been marred by allegations of bribery, chaos and arrests, with the UDA party accusing police of harassing their supporters and arresting their agents.

Later in the day, a group of men in black stormed Rurii Polytechnic polling stations and engaged locals in a fistfight.

Police officers were forced to lob teargas to disperse the scuffling groups before the men who instigated the chaos were arrested and ferried to Ol Kalou Police Station.

Content created and supplied by: Hustler.com (via Opera News )